Cricket is enjoying a surge in popularity across the county, so Dublin.ie visited a few of the burgeoning clubs to find out more.

Kamil Mahajan moved from the Punjab region of India to Dublin in 2001. He had been a keen cricket player in his home country, but for his first few years in Ireland he was busy with work and didn’t have much time to spend on the sport that he loved. Then, in 2009, he moved to Adamstown, near Lucan in the west of the city.

Adamstown is “a new development”, Mahajan says. “A lot of Asian people” – from south Asian countries such as India, Pakistan, Bangladesh and Sri Lanka – “had moved there around 2007/2008”. A cricket club would soon be established by the community: “Five or six guys got together and said ‘let’s play cricket’. We didn’t have a base at the time. We were just finding any ground where we could play and we started building, and then suddenly the idea comes: why don’t we build a club and start playing proper cricket?”, Mahajan says.

They gave us the ground and we started building the teams

The south Asian cricketers in Adamstown were pushing at an opening door. Cricket in Ireland has undergone a renaissance over the last fifteen years, with such high points as the national team’s wins over Pakistan and Bangladesh in the Cricket World Cup in 2007, and a win over England in the same competition in 2011. This success culminated in Test status being awarded to Ireland this June, enabling the country to compete at the highest level in international cricket. 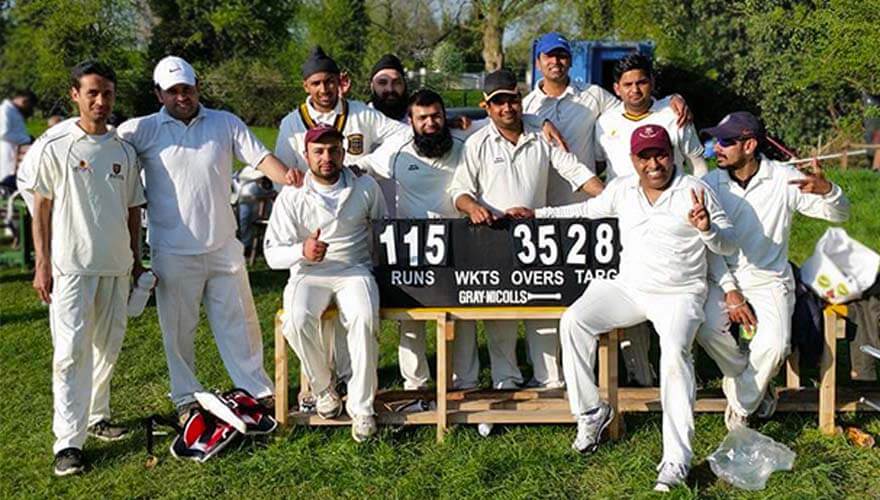 Increasing participation has been a central concern for Irish cricket, and cricket officers in Fingal and South Dublin have played a part in the fostering of a new cricket culture in the west of the county. The officers have encouraged cricket in schools, and have helped to establish new clubs such as Adamstown.

As there was no sports ground in Adamstown that was suitable for playing cricket, the club approached South Dublin County Council, who suggested a home at Corkagh Park, a couple of miles away. “They gave us the ground and we started building the teams.” 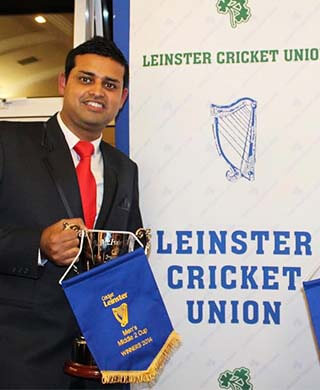 While the majority of Adamstown’s players are south Asian, Mahajan, who’s joint secretary of the club, tells me that they’ve had players from Australia, South Africa and England play for them, and “we still have a lot of Irish-origin players as well”. “We want to promote cricket in Ireland because we come from a cricket background – we’ve played since childhood”, Mahajan says. “So we want to bring this sport to people who have not played, or have a bit of an interest but don’t really know about it”.

A similar desire to introduce cricket to new people is evident in other new clubs in the county. A few years ago, Willie Barr was out walking his dog in a park in Castleknock when he stumbled upon a game of cricket. Noticing his interest, one of the players, Amir Davis, came over and asked him if he played. Although he had never before played the game, he had always wanted to, and joined in. “I was very clumsy at first, but at the back of my mind it felt right – I was hooked!”, he says. Barr liked it so much he became secretary of Castleknock Cricket Club. Now retired from the Irish Air Force, he plays cricket with a number of teams around Dublin.

Also in north-west Dublin, Tyrrelstown Cricket Club was founded in 2011 by Kumar Varma Rudraraju and Ven Ramachandran, and has grown since. Rudraraju, the chairperson of Tyrrelstown CC, came from India to Ireland in 2000 to work as a software engineer, and played for Merrion Cricket Club for a couple of years before helping to found the new club. 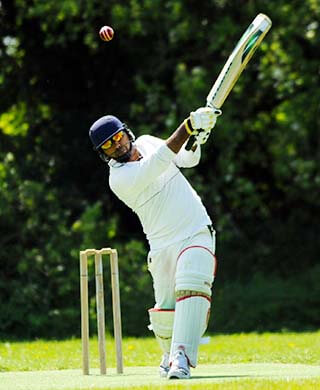 The two men were joined in 2012 by Claire Clifford and Sinead Webb, who formed the women’s team. The club also provides cricket training for children. Although the Tyrrelstown CC has held many cup games, it wasn’t able to compete in league games because it didn’t have a permanent home ground. This year the club rented a ground at Castleknock College so they could play league games, and a suitable permanent home ground at Tyrrelstown has now been seeded by Fingal County Council and should be ready by May 2018.

Back in Adamstown, Kamil Majahan says of Ireland that “it’s kind of my home country now, I’ve been living here for that long. I have a family here, I have a house here, and my kid is going to go to school here.”

He likes the Irish weather, even though rain might stop play from time to time. “People complain about the weather. I actually love the weather here. Yeah there’s a bit of rain, but it’s not a harm to you or anything. It’s not so good for cricket, that’s the only thing.” Despite the weather, right now cricket is thriving in county Dublin.

I used to work in very tech heavy jobs, consulting with big tech companies like Capgemini and Avnet. Back then I was one of the first people amongst my peers to get an iPhone and iPad for use with work. I enjoyed the luxury of being able to follow up on emails from the comfort of my home and get the updates about ongoing projects instantly; but after a while realised that overuse of tech was having a serious impact on my productivity and wellbeing. As the borders between ‘at work’ and being ‘off’ began to vanish I started having issues with sleep and my relationships as I spent too much time online. I needed a change so badly that I decided to move sectors just to

There’s a lot of history at Lansdowne Road. Including the fact that 73,000 pints were sold on a single day match day recently. Dublin.ie stopped over for a visit to learn more. Ireland versus England at Lansdowne Road. One of the great sporting occasions at one of the great sporting arenas. But when these sides first met here, in 1876, it wasn’t rugby they were competing at. It was athletics. We won four events to their nine victories, one of which was the tug of war. The Lansdowne grounds, established by Henry Wallace Dunlop, opened in 1873 and soon provided a home for a brand new rugby club, Lansdowne, of which Dunlop was the founder. But the place als

If you went to school in Ireland in the late twentieth century you’d have been taught a lot about our nation’s struggle against imperial oppression. But other nations still in the clutches of various empires got short shrift from our school books. Latvia? Estonia? Lithuania? If we even knew they existed, we didn’t trouble to separate them in our minds from Russia. Sure weren’t they all just the Soviet Union – where girls fell in love with their tractors and unlucky dogs got sent into space? Indra Variakojiene didn’t have a tractor. In fact before she came to Ireland she worked as a chemical analyst – in a laboratory attached to a flour mill in Lithuan