If you live in Dublin, it’s almost impossible not to be aware of the shortage of affordable housing. If you haven’t joined the back of a long queue to view a property in recent years, chances are you know a lot of people that have.

And for many the consequences can be far worse; about 140 people sleep rough every night, there are some 3,000 homeless who are dependent on hotels and B&Bs, and a further 100,000 are on social housing waiting lists.

It’s something that’s garnered a lot of media & governmental attention, and often the solutions proffered are quite grandiose; build up and build quickly. As a nation, we tend to have a penchant for the new when it comes to housing. While that may be a part of the solution, it’s certainly not the only approach. In every corner of this city, there are spaces going to waste. A lot of spaces. Up to 40,000 residential units as well as countless industrial and commercial properties. For a number of reasons, these properties are unmapped, undocumented and lying idle. But now citizens across the city are being engaged and asked to register these underused spaces. Meet the Space Engagers. 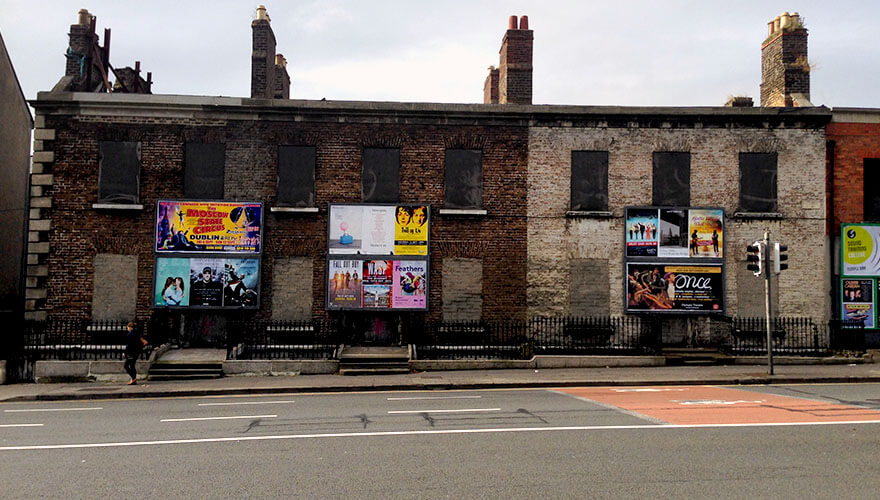 “There’s enough space in Dublin for everyone to do what they want to do and to do it affordably. I don’t buy that what we need is high-rise buildings. I don’t buy it at all. I would challenge anyone to walk around and just look up. Look above a shop and tell me how many of those floors are used.” I’m talking to Aoife Corcoran, and in her company, you quickly learn to challenge the established narrative of Dublin’s housing crisis.

Aoife and her business partner, Philip Crowe, have been at the frontline of underused Dublin spaces since 2012. As UCD PHD students, they undertook a European project called Turas which asked how our cities can become more resilient and adapt to the different challenges we will all face in the future. Some looked at climate change adaptation measures, others at green infrastructure. For Aoife & Philip, in the wake of the recession, one of Dublin’s more obvious problems was vacant properties. The key to solving the problem was understanding what was vacant in the first place. The current solution to mapping vacant spaces was to map them by hand. They soon realised there was a more efficient way; to crowd source the information. Ask people where they are. “We believe that local people know their community better than anyone else – and it helps that Irish people are nosey, too!”

In this country, you have the right to let your property sit there and decay – it’s enshrined in the constitution

Crowd sourcing this information from the public has three significant benefits. Firstly, no one knows every nook and cranny of an area quite like a local. It’s far more unlikely that vacant properties will be missed. Secondly, it raises awareness of the issue of underused spaces within the communities themselves, adding to the pressure not to leave the property vacant. Finally, it gives local people a voice in how the spaces around them are used. For instance, empty industrial units can be given over to community activities or creative endeavours. And so was born Space Engagers’ moto; CITIZENS+DATA=CHANGE

I ask Aoife why there are so many vacant buildings in Dublin; “Every empty property in Dublin has a different story. A lot of the large buildings are held by semi-state organisations. Others are held up in legal and family disputes. Some are land banking, holding on to a property and hoping the price will increase. In some cases, people don’t even know who owns the property. And the difficulty is the lack of data. The Vacant Sites Levy records sites above 0.05 hectares. Very few sites in Dublin are of that size and so are not on a vacant sites register. None of those 40,000 sites are on a derelict sites register either, unless they’re really bad – and it has to be as bad as it can get.”

On that last point, she continues; “In this country, you have the right to do what you want with your property – it’s enshrined in the constitution. But in countries like Denmark, it’s illegal to leave land idle in that way. And there’s a public misconception that all of these properties are in bad areas in which no one wants to live, but some of the highest vacancy rates in the city are in areas like Ballsbridge. The range of properties goes from completely habitable and desirable to totally derelict. But you can do something with all of them. Most would be habitable with some investment.”

Towards the end of 2016, as the EU FP7 project TURAS was coming to a close, Aoife and Philip began to look for a home for all the data they had gathered; They wanted this research to have a life after the project. To have your research make an impact on your city and your country is the dream.” It was then they were approached by Peter McVerry Trust, one of the city’s 3 leading homelessness charities. “They really want to push the idea to reuse the building stock that we already have. They took Reusing Dublin (the original crowd sourced website) on and redesigned it and now it forms part of a campaign to raise awareness of empty homes. When they took it on there were 660 properties on the database. That’s now up to more than 1000. They’re working hard to have those properties repurposed for social housing.” 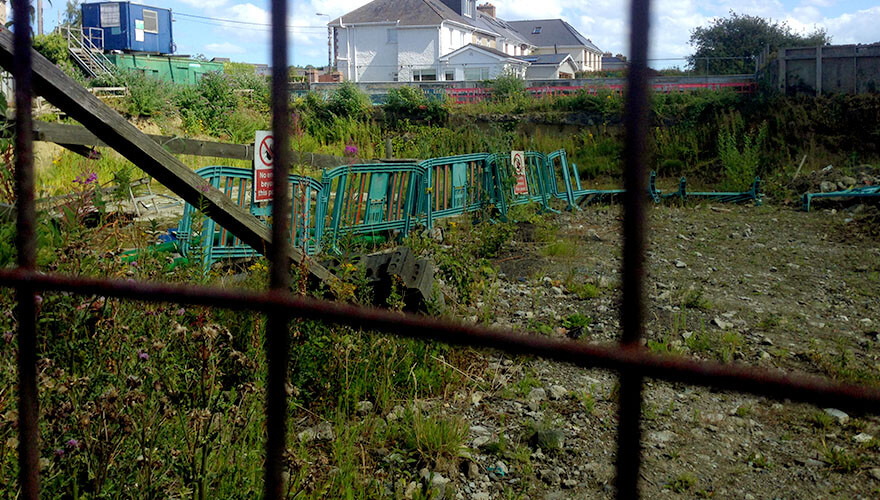 And what of the future? Space Engagers have plans aplenty; “Reusing Dublin was the start. We want to be in every town and city in Ireland by 2018. This summer we are starting in Longford and will roll out three more pilots after that. But the technology we’re building can be used in other countries that have similar problems, like Spain & Portugal. We build everything on open source platforms. Our app can be used to register vacant properties anywhere. This information is really valuable. Mapping it and making it public means a community can have a say in its reuse. They decide what they need. But they have to know what’s available.”

But back to Dublin and our current crisis. I ask how she would like to see this playing out; “Let’s counteract the narrative that there is no space in this city. This data should be used for the benefit of every citizen in this country. Everyone needs space. Everyone needs somewhere to live. Everyone needs space for business.  We don’t value what we have; beautiful buildings throughout Ireland that are underused but made really well. That waste needs to end.”

Like I said earlier, in Aoife’s company you quickly learn to challenge the established narrative. We don’t tend to equate the vacant properties we see all around the city as a contributory factor for the problems we are all currently enduring. Recording and mapping that information is the first step in leveraging that capacity to help solve the problem. That’s what she and Space Engagers are trying to do, and on the subject of space, she’s certainly very engaging.

The last Typewriter Shop in Dublin On Dorset Street in Dublin’s north inner city, there’s a typewriter shop that’s been there as long as I can remember. Founded in 1983, it’s run by Joe Millar and his son, who’s also named Joe. It’s the last typewriter shop in Dublin and the only one in the Golden Pages where it’s listed, simply, as ‘The Typewriter Shop’. A million machines, but no more manufacturers Before setting up the shop, Joe Sr. had worked in the typewriter trade for the American manufacturer Remington. “They had offices in Dublin, Belfast, Cork, Galway and Limerick,” he says. They sold typewriters to offices and serviced

Barbershop culture is on the rise in Dublin. Barbershops are becoming cultural hotspots. Places you can go not only for a haircut, but for music, design or even a whiskey. By taking the best of New York’s barbershops and adding a touch of creativity and an Irish welcome, Sean Bryan of Cut & Sew has built his business from one chair in the basement of a record shop to four stores around Dublin city. And he isn’t finished yet. Dublin.ie caught up with Sean to hear about the story behind his success. Starting Cut & Sew barbers Sean left school after third year and started a carpentry apprenticeship. However, that didn’t work out, so he turned his h