Dublin’s vintage scene is thriving. With more vintage stores opening in the city centre, the competition is hotting-up, but so is the demand. So, why the sudden increase in vintage fashion?

The inclusion of vintage inspirations by current fashion designers and the media has driven a change in people’s attitudes towards wearing second-hand clothes. You could say the recession has had an impact too. People are more resourceful because of it. They’re more likely to buy second hand now and generally the clothes are longer lasting than high street fashion.

There’s also the fact that, thanks to a recent surge in bohemian and hipster trends, Dubliners are striving for more individuality in their style. “I think 90 percent of vintage consumers in Dublin shop for fashion purposes – it’s just better made” says Susanna Smyth. Susanna Smyth and her daughter Fiona own The Harlequin, a vintage clothes shop on Castle Market. It’s one of the longer established vintage shops in Dublin, and one of the best. You can feel the delicate lace from older, more classical clothing, mixed in with 70’s floral hippy dresses and bright printed 80’s. 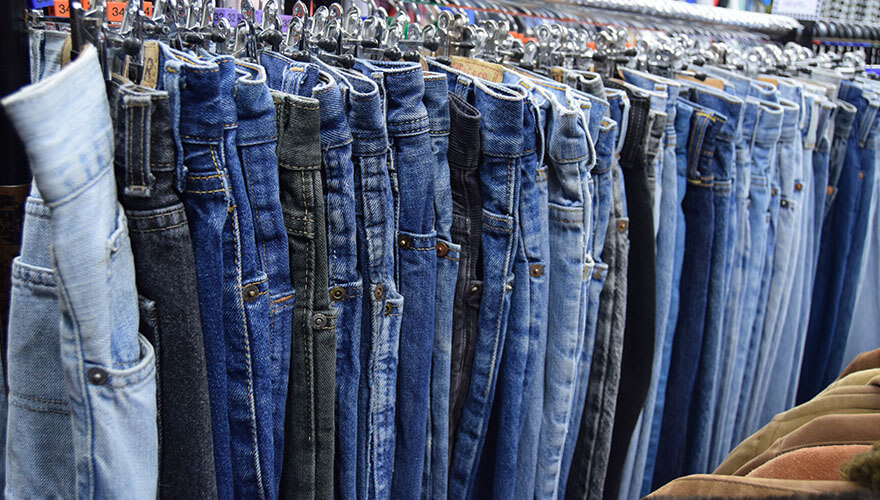 Both Susanna and Fiona studied fashion design in college. It was Susanna who originally became interested in vintage fashion and opened the shop in Dublin. “I was working a night job and going to college in Griffith. These girls I knew were going to a sale in the Mansion House. We put our money together and bought a trunk of stuff and started selling it.”

After some time in London, selling at markets such as Portobello and Camden Lock, Susanna moved back to Ireland when Fiona was young. She opened a shop on Fade Street and enquired about this space, on Castle Market. “A lot of people wanted it. I bought the lease way back.” “The old shop was called Chameleon and we got this very expensive sign painted. When we moved location, we had to get the same amount of letters to change the sign. Years ago, getting a sign altered wasn’t expensive, but to have a new one made was very expensive.” That’s where the name Harlequin came from! 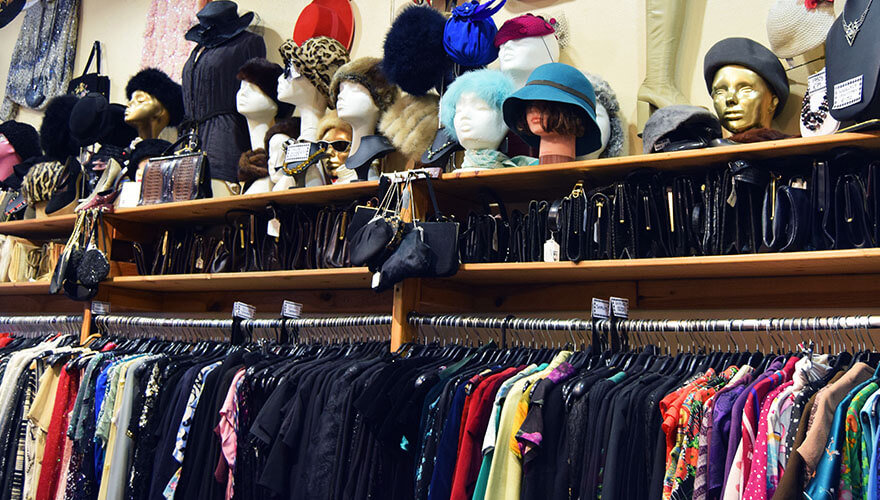 The rise of vintage has also meant a higher demand, not just for consumers but for shop owners to source it too. There is only so much vintage in the world, this stuff is not being constantly produced, it’s about finding items from the past. “We have a lot of it stored now, because it’s hard to get it. We bought in a big amount about seven years ago, and we work off it now.” Fiona does most of the buying now. She has worked on set designs for film so is great at putting a whole look together. It’s hard to get really old stuff now, they stock a mixture of right up to the 80s.

Browsing through the rails in The Harlequin, you can see the different eras of clothes all together in one place. It is quite amazing to think everything has a history or a previous owner. Shopping vintage gives a real sense of achievement, finding something no one else has, after having the patience to rummage through rails of clothes. “We have a mix of consumers. We are in a great location, so it’s really accessible and great to see the vintage scene picking up.”

Dublin company Nobó launched its ‘Frozen Goodness’ dairy-free and gluten-free ice cream four years ago. It’s gathered a bunch of prestigious awards since then and is distributed nationwide in Ireland. You’ll also find it in stores across the UK – and in Waitrose in the Dubai Mall. Dublin.ie talked to the husband and wife team behind the brand, Rachel and Brian Nolan. Dublin.ie: Nobó isn’t some marketing gimmick, is it? It’s a real innovation. Rachel: Definitely it is in terms of the ingredients. There are other dairy-free ice-cr