If you’ve wandered in the direction of South William Street (or South Williamsburg Street, as local wags are wont to call it these days) anytime of late, specifically past Busyfeet & Coco cafe, you may have come across your first sight of the new Dublin.ie identity.

Truth be told, it’s kind of hard to miss.

We’re talking about this rather impressive – and altogether massive, in every sense of the word – piece of wall art especially created by acclaimed Dublin street artist Shane Sutton.

Sutton has been making quite a name for himself in recent years with an ongoing series of suitably iconic large-scale pieces on the capital’s streets, often featuring his enigmatic astronaut character. Being big fans, we were delighted when he agreed to create a new work especially for us. “Dublin’s a great place for street art at the moment,’ he says, ‘and people have really come to embrace it. A big part of it is artists like Conor Harrington and Maser making great work, which makes everyone pay more attention to what we’re doing. There’s also a really nice buzz around the city at the moment.” 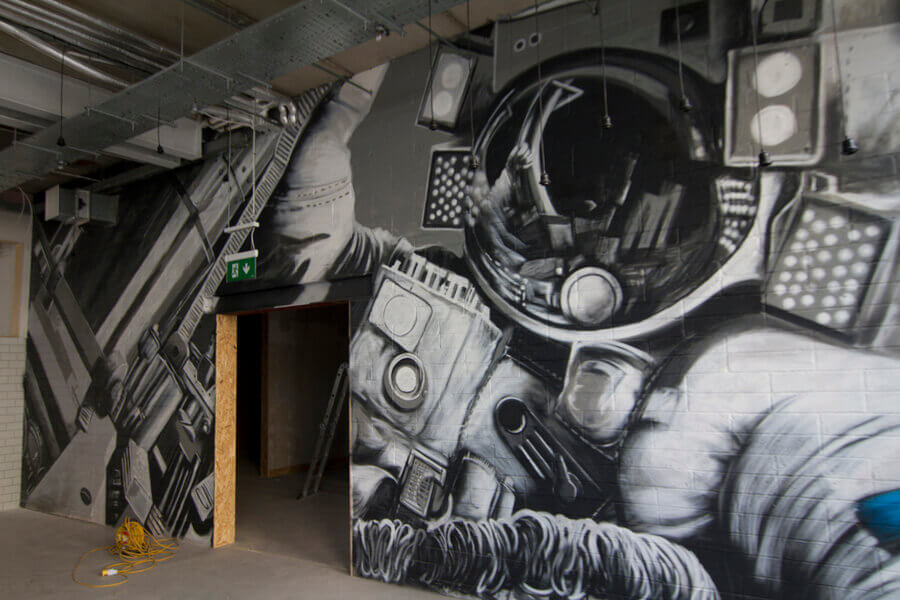 Creative to his core, Shane’s particular oeuvre also takes in filmmaking, photography and painting in oils – there’s something about the lure of the city streets, however, that makes it the most appealing blank canvas of all. “I’ve done work more geared towards the art gallery, and played in that world,” he says, “but it’s just not the same as doing the street work. Maybe it’s the scale that you get to work on. I also like the fact that every piece has a certain lifespan. It’s not meant to last. It’s a great way to work, too, much better than being locked away somewhere: people stop and chat, they ask about what you’re doing. They’re genuinely interested.” 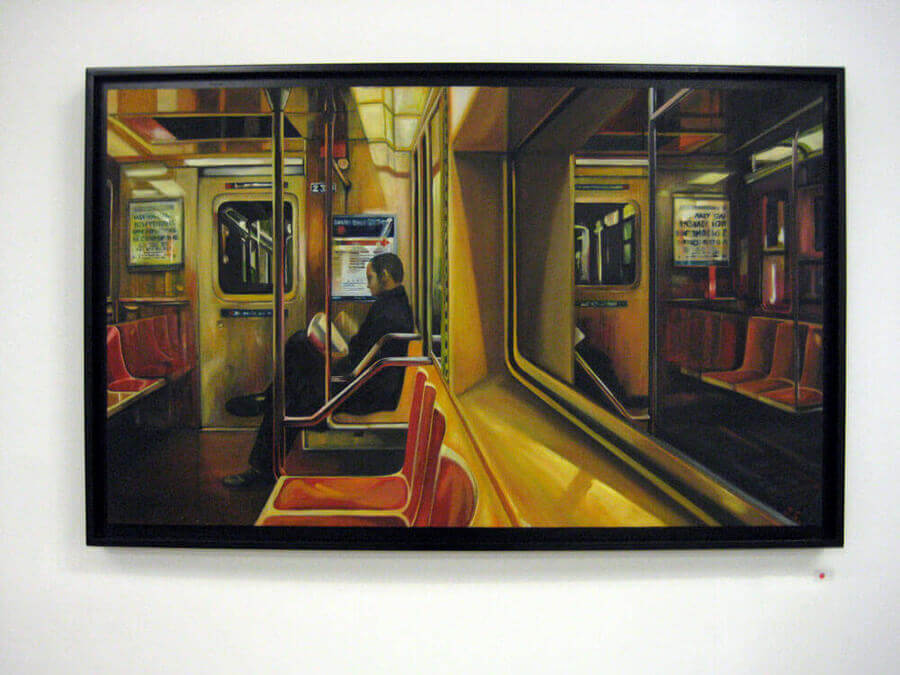 It’s a fascinating time in old Dublin town right now, as the city finds a new groove after some of the toughest years imaginable; talents like Shane Sutton are playing a crucial part in reimagining the capital – literally bringing colour back to the streets. Keep your eyes peeled – you never know where the spaceman might pop up next. “The first day is all about getting it down,” he says, describing his process, “and then the next few days are all about getting it right. For me, it’s never really finished. The job’s done. And then you roll onto the next one.”

Derek O'Connor
Derek is a writer and filmmaker, with a passion for popular culture, tech and Dublin. Find him on Linkedin and (occasionally) Twitter: @oldderekoconnor.