Unique and personal perspectives on life in The Pale. This week: Paul Markey

I blame my father.

His Super 8 film projector got me where I am today. That, and his collection of one-reel highlights from all the great Disney movies. Since Cabra didn’t have a cinema anymore, I was forced to migrate… to Phibsborough. The building was once home to the Silver Skate Ice Rink, but to me it will always be the State Cinema – the jumping off point for a life-long addiction. The place where I saw Grease, Empire Of The Ants, The Cat From Outer Space and so many others. And then there was Star Wars, from which, I gather, none of us have ever fully recovered. 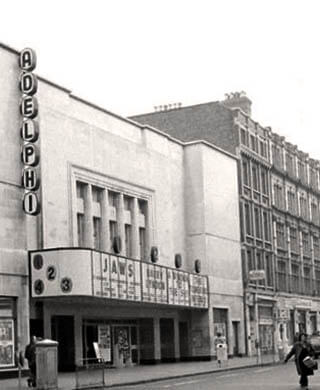 There were times Phibsborough just wasn’t big enough. Is it a bird? Is it a plane? No, it’s Arnotts’ car park… sorry, formerly the Adelphi Cinema, on Abbey Street! In 1978, Superman: The Movie was a watershed. Outside of mass, I’d never been in such a huge building, filled with so many people. As John Williams’ music buckled my ears, I finally realised I was part of something far greater than myself.

By the time 1980 rolled around, the State was a shell. From out of the ‘burbs I entered the boulevard of city centre cinemas rolling down (and off) O’Connell Street, and joined those long snaking queues wrapping around the Ambassador. My dad got on his CB radio as he drove me and my brother into town, asking exactly how big that queue was for The Empire Strikes Back. And yes, it was ‘bleedin’ massive, good buddy!’

My teenage years officially began in 1984, with Ghostbusters at the Savoy, again on O’Connell Street. My anticipation for this celluloid event cannot be overstated. Those were heady years, indeed: Gremlins at the Carlton across the road (the first film I saw with my newly prescribed glasses, cementing my nerd credentials). Back To The Future a year later, at the Adelphi, and regular Disney revivals at the Metropole, later the Screen Cinema, which finally shut its doors on 19th February 2016. 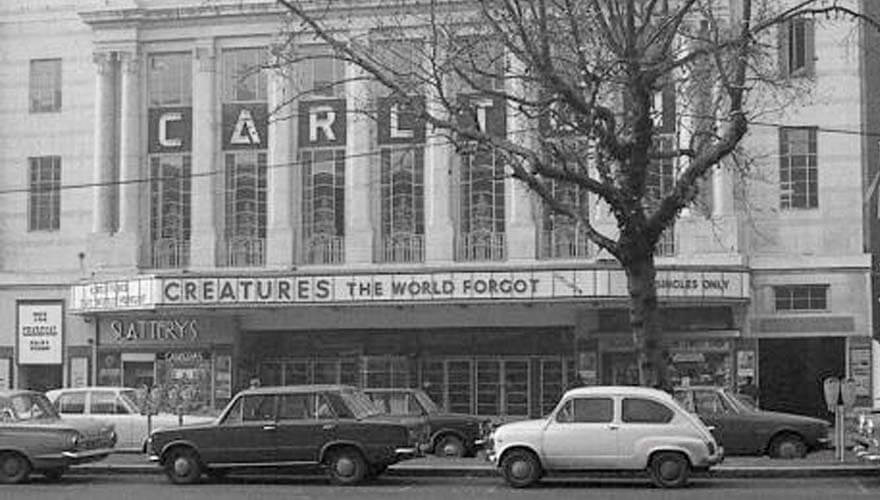 Ah, the Screen Cinema. This is where I write myself into the legend. Returning to Dublin after several years in Buenos Aires, only to find the Adelphi closed down, the Carlton in its dying hours, and a multiplex on Parnell Street, I somehow ended up with the key to my very own picture house…The Screen. I was usher, I was security, I pinned the letters on the sign over the doors – sometimes having to run up to the Savoy at the last minute (to ask for an ‘E’ please, Bob). I had one golden year in the last days of the old school, pre-internet cinema-going age.

For my sins, I became a projectionist. Serving out nine years on the multiplex frontlines. From the roof of Liffey Valley, I could see the future. Digital was coming. I was gone before the wave struck. An era was well and truly over. But that wave swept me back out of the suburbs. When the storm subsided, I somehow found myself in the last possible place I ever expected to be: a city centre cinema. And yet here I remain. In the darkened booth. Lording it over you all. Master of my domain. Strike up the lamp! 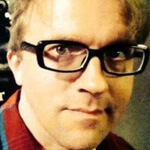 Paul Markey was born in Cabra, Dublin. And to this date has been: a child actor, a comic shop manager, a book seller, an English teacher, a screenwriter, and a projectionist.