Introducing the Grand Canal and the Royal Canal

Mentions of Dublin’s Canals, both the Royal and the Grand, pour aplenty through Irish poetry and song. On each canal, you’ll even find a poet’s statue.

The Royal Canal has Brendan Behan, turned to look at you if you sit beside him. While, true to character, Patrick Kavanagh is on the Grand Canal, arms crossed and pensive as he watches the passing water.

To each canal, they dedicated lyrics: the passionate ‘Auld Triangle’ for the Royal and the contemplative ‘Canal Bank Walk’ for the Grand. 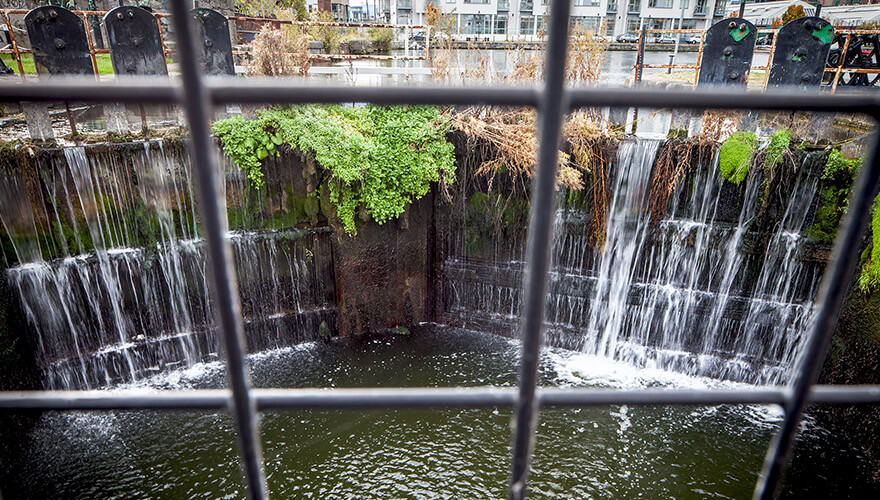 Dublin’s canals run through the heart of Dublin like arteries before unfurling into the countryside. The Grand braces the city on the southside, stretching west 144km to the Shannon river. And The Royal, on the northside, winds 146km to the same river.

Despite their romantic depiction in poem and song, as well as their leisurely uses, Dublin’s canals are often overlooked.

You might well sit on a bench along the canal with your sandwiches, perhaps watching a heron stand tall in the water, and forget that there was a time when the water here was far from “stilly” and “greeny”. These passages were once part of a vital distribution network for, amongst other items, large wooden casks of Guinness.

In the Guinness Storehouse, we sat down with archivist Eibhlin Colgan. Over the buzz of the tours downstairs, she told us how the history of the Grand Canal is bound up in that of the James’s Gate brewery.

Guinness would have been one of the very last goods transported by canal.

The Guinness brewery used the canal as a distribution network right up until 1960. Barges provided transport for both ends of its process – for raw materials and the product itself.

“So from the farmers and the malting companies down the country, you’d have big sacks of malt put on the canal barges and brought up to the James’s Street harbour,” Eibhlin says. 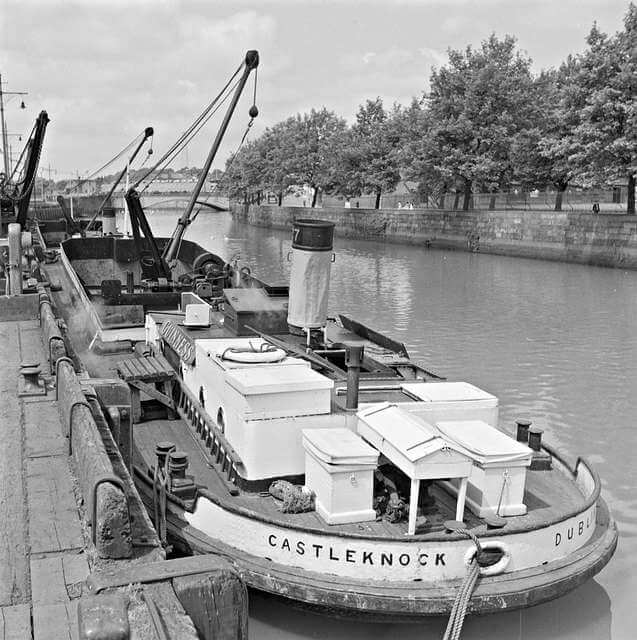 The old harbour basin has long since been concreted in, but once there was a spur that went from James’s Street canal basin right into the actual brewery itself.

“It was bringing grains from the country right up to the back door of the brewery,” Eibhlin says.

“Guinness would have been one of the very last goods transported by canal. Certainly in terms of volume, they would’ve been the biggest canal customer.”

And what about the future of the two canals? We spoke to John Boyle at Waterways Ireland to find out more. And he tells us that there is a raft of new proposals for making the most of the canals and their basins in the future.

One proposal is for a floating garden that would provide a haven for the wildlife at Grand Canal Dock. And another is for a boardwalk to connect the train station with its outer dock. 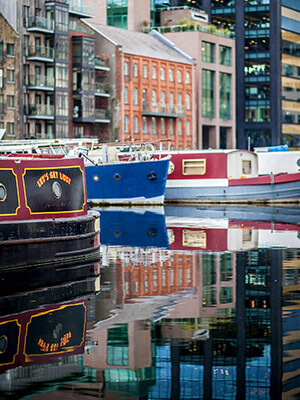 With the input of other stakeholders, Waterways Ireland is currently working on its plans for the next decade and beyond.

However, all that is certain for now is there will be some sort of infrastructure for wildlife and a boardwalk to make the water more accessible.

However, it is clear that the dock, which opened in 1796, is at the heart of plans for the two Dublin canals.

In recent years, houseboats received permission to moor there. This has brought more footfall and is just the first of many plans to liven up the area.

“We’d like to see a place of life: total animation, day and night, all year round,” John says. “The size of it, the scale of it is unique in Europe. It’s one of the best waterways in Europe in a city centre location.”

“If we get the water quality up,” he says, “we’ll look to attract international triathlons, open-water swimming and major, multinational events that would attract thousands.”

We’d like to see a place of life: total animation, day and night, all year round.

However, a joint project by Dublin City Council and Irish Water to address this is currently underway. This will allow activities and events to be planned without fear that stormy weather will result in cancellation.

This could form a path forward for the vision John describes.

Dublin’s canals are part of a bigger picture

The canal docks to the north and south of the Liffey are merely the termini of what Waterways Ireland refers to as ‘blueways’ and ‘greenways’: escape routes for people who want to leave the city behind.

The size of it, the scale of it, is unique in Europe.

And southwards too: “Ultimately, what we would like to do is develop a greenway route from Grand Canal Dock out along the canal, down along the Barrow and actually going out at Rosslare and linking up with the Waterford greenway, perhaps. Grand Canal Dock doesn’t stand on its own – it links in with the wider recreational and tourism infrastructure”.

Another proposed greenway is circular. “The Dublin Canal Greenway is a proposal to develop a 40km route linking the Royal Canal and the Grand Canal. Essentially, it’s a big loop between the 12th locks on each of the canals,” John explains. 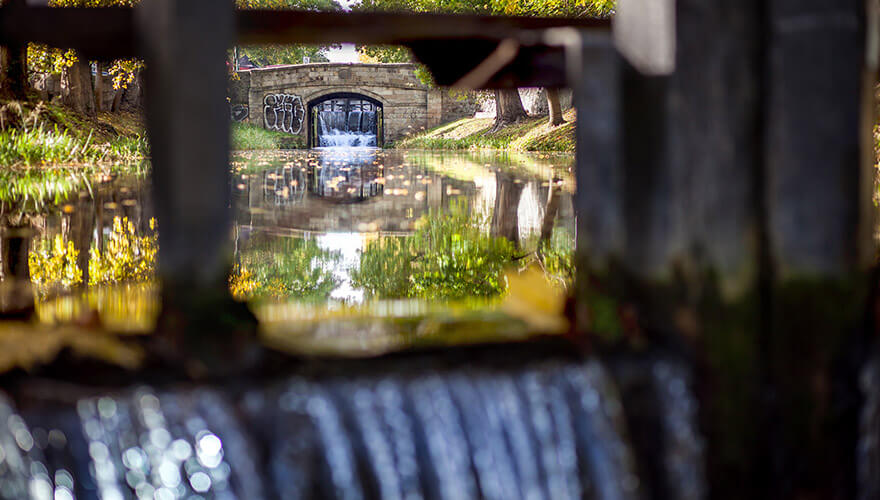 It would provide a hybrid experience, he says. “Something that is the city and the country all at once. You get the environment, you get the heritage, you get the culture, you can get the nightlife“.

While Waterways Ireland doesn’t lead the development of greenways, other bodies are working to create a full network of travel routes along the country’s canals.

It may be some time before they’re fully developed. However, with all these proposals in the pipeline, the canals’ greatest days may still be ahead of them.

Want to explore Dublin’s treasures? Read our guide on things to do in the city.