Jane Jacobs, the doyenne of urban planning, believed that the success of any city owed a lot to the “intricacy of pavement use, bringing with it a constant succession of eyes”.

She wrote, in The Death and Life of Great American Cities, “There must be eyes upon the street, eyes belonging to those we might call the natural proprietors of the street. The buildings on a street equipped to handle strangers, and to ensure the safety of both residents and strangers, must be oriented to the street. They cannot turn their backs or blank sides on it and leave it blind.”

But what happens when the residents and strangers are themselves blind to their surroundings, always in a hurry, their eyes on their phones? Or when the streets are simply empty, the residents, young and old, sequestered indoors, behind a computer screen?

Playful Cities is all about the intricacy of pavement use. It’s the brainchild of Aaron Copeland and Neasa Ní Bhriain of Upon a Tree, a creator of outdoor playspaces and events, and Naomi Murphy and Marisa Denker of Connect the Dots, a co-created bespoke events organisers. They’ve come together to… well, what exactly? 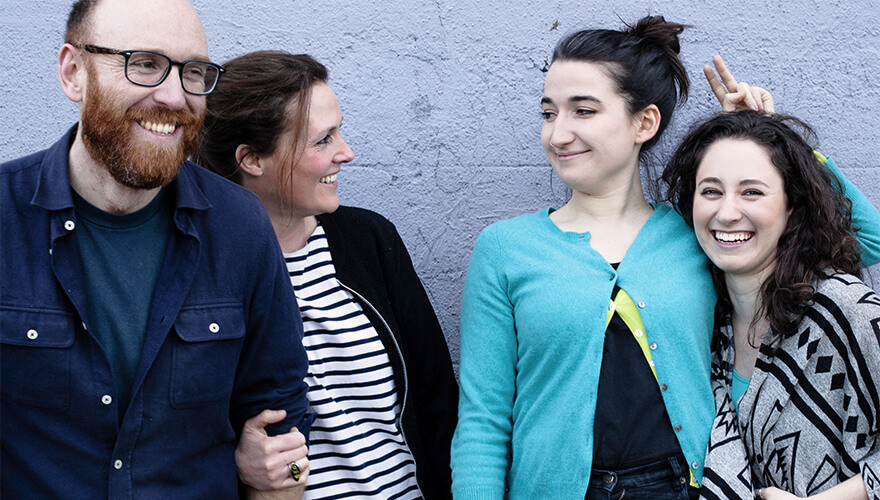 Neasa: To bring playfulness back out onto the streets of our city for all generations of people.
Dublin.ie: How, precisely?
Neasa: Through community-supported initiatives like A Playful Street, for instance, which remind adults how they used to play themselves. Or through low-cost playful activations in the spaces between the spaces of our communities: the lanes, pathways and streets. These types of spaces in a city not only support children’s development but also become important scenes for uplifting social interaction within a community – something which is fast disappearing in today’s society. 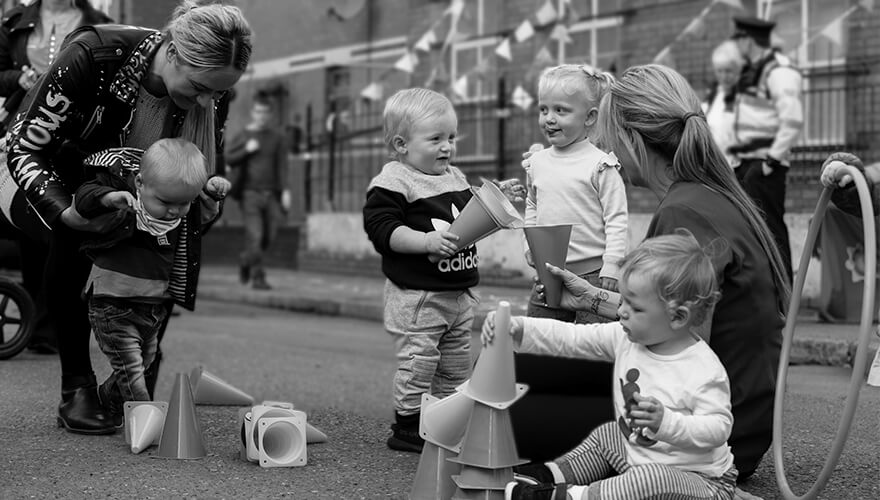 Dublin.ie: So ‘get outside’ is what you’re saying?
Marisa: No one’s actually getting out into the streets anymore. People are all indoors, and the city isn’t a part of people’s lives in the way it could be. There are so many studies about children and playfulness and the importance of going outside and the value of this as children grow up. And while the studies are mainly about children I think the same applies to adults and the elderly as well. So we’ve consulted in St Andrew’s Resource Centre and when we’ve talked to some of the older generation there about play you can just see their eyes light up. They started getting out of their chairs to show me the conkers games they used to play.
Neasa: So many parents (and grandparents) have forgotten the vast opportunities they had themselves to play freely outside when they were young. Children today are being scheduled into classes outside of school from a very young age when really what would support their development most is to play freely and independently outside in their communities.

Dublin.ie: But it’s not just for kids, is it?
Marisa: No, it’s for all ages and abilities. Part of our theory is that by designing for children, you design for everyone in a way. A key part of our practice is working with people and for people. At the heart of it is this co-consultation element so we’re consulting with people of all ages to learn what play means to them and looks like to them: what they’d like to see. 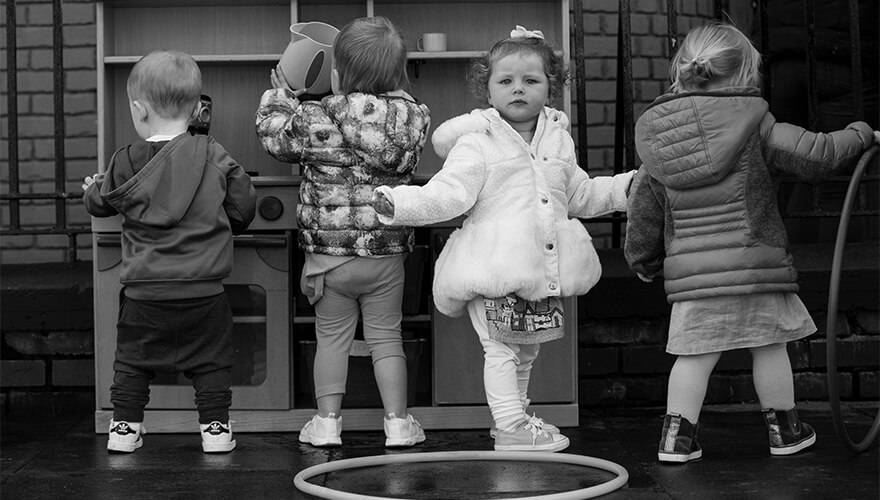 Dublin.ie: What’s the most playful city you’ve ever visited?
Marisa: The kind of things that are spontaneous and delight you are what I love. I saw that when I visited Berlin. I just loved being there – you’d walk around a street corner and you’d see like five random chairs, rocking chairs, and it’s like ‘Why not?’. I went to school in Philadelphia. I loved the pop-up events there as a child, and when I was older too: random street fairs, a pop-up market, unexpected seating or different kind of little surprise art installations, things like that.

Dublin.ie: And what’s the end result? What do we get out of this?
Marisa: We get equality, inclusivity. We get people feeling like the city cares for them – and for all people. A lot of our speakers [at Design Meets Play Conference, sponsored by KLM and Bank of Ireland] will also be talking about how just the act of people being asked what they want in their city and then seeing it happen is a really valuable thing in itself. It’s getting harder to be listened to. Involving children in the planning process for cities helps to address this. Play is not necessarily the ultimate goal. But it’s the route to a lot of things: it’s almost like an intervention or a tool to address a lot of the challenges we’re facing today.