Imagine if Dublin had an instrument panel: a set of gauges and graphs that revealed to its residents the precise current state of their home town.

Professor Rob Kitchin and his team at Maynooth did exactly that. And they built it, online. It’s called Dublin Dashboard.

Dublin.ie: What’s on Dashboard right now that the ordinary person might be interested in?
Robin Kitchen (RK): Probably the real time page where you can see how many spaces there are in the car parks or what the sound levels are or what the pollution levels are or how many bikes are in the bike stand, that kind of thing.

Dublin.ie: And what’s on the way?
RK: We’re going into virtual and augmented reality. We’ve built one of these big architectural models and we’re experimenting with projecting data onto it to make the process more tactile. Ultimately you’ll be able to interact with the data by putting your hand on the model.

Dublin.ie: Dashboard is a window onto Dublin as a programmable city. But what is a ‘programmable city’?
RK: It’s the idea that the city itself is now increasingly composed of materials that can be shaped by computation. So you either have digital devices embedded into the fabric of the city or you can control the infrastructure through some kind of software. Like traffic: you can use software to dynamically alter the traffic flow through Dublin and that will affect how traffic moves around. 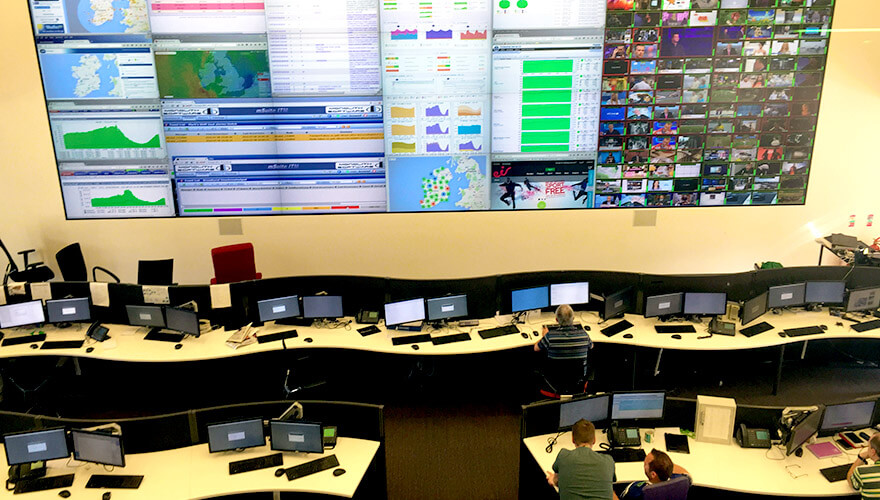 Dublin.ie: Jamie Cudden, Smart City programme manager at Dublin City Council, reckons that ‘there will be more changes in the next 10 years than in the last 50 years and if we can get that right, Dublin can lead the way as a global smart city’. Is a ‘smart city’ the same as a programmable one?
RK: They mean similar things. So we used ‘programmable city’ a while ago. We’d tend to talk about ‘smart urbanism’ now – by which I mean it’s programmable, data-driven and it’s networked. The ideas are interrelated in that a programmable city works by processing data so it’s getting real time data flowing in from across the city. So nearly every infrastructure, whether that’s water or electricity or the roads or rail, they’re all controlled by software at this stage. Dublin has eight or nine of these control rooms around the city involved with parts of the infrastructure.

Dublin can lead the way as a global smart city

Dublin.ie: How important is the real time aspect of that role: the idea that this stuff is happening now?
RK: That’s the big change, really. But it’s not completely new. For instance, Dublin’s traffic control room was first installed in the mid-eighties. So although people talk about smart cities now, if you were to go back a bit, we were talking about wired cities in the late 1980s, in the 1990s we were talking about cyber cities, networked cities, intelligent cities – so smart cities are just the latest incarnation of that. What’s happening is more and more computation is being embedded into the city and more and more of it is controllable in real time. The real secret is the generation of big data, basically – data that’s being generated in real time – there tends to be a lot of it and it tends to be exhaustive.

Dublin.ie: How do you mean ‘exhaustive’?
RK: Well take a census, for instance – we used to do a census every five or ten years by means of household surveys. And then it could take up to two years to process the data before you could release it. The difference now with big data is that you can do every instance within a system and you can do it continuously. It’s the same in the traffic control room: now we have automatic number plate recognition cameras which scans the number plate of every single car. They don’t do every 20th car; they don’t just do it on the one day of the year; they don’t just monitor a selected number of junctions the way we used to. Now we can do every junction and every car. So it’s an exhaustive sample and that’s what makes big data different. 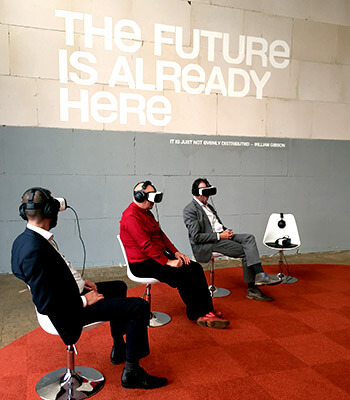 Dublin.ie: Sounds perfect. Is it?
RK: Well there’s two things. The first is that it isn’t really objective and it’s not always exhaustive. An example of that would be Twitter data. People have been looking at using Twitter data to do transport modelling using geo-referenced tweets. But of course if you’re not on Twitter you’re not in the sample. We know that only 4% of people over the age of 65 are on Twitter so we know their experience is being excluded. So there’s always issues with it. Or even with things like sound sensors. Dublin has a network of sound sensors and they’re being used to monitor the noise levels. But of course where you put the sound sensors makes a big difference: do you put it next to a major road or stick it in a park? So there’s real questions about both the data representativeness and its quality.

Dublin.ie: Sure. So whose job is it to answer them?
RK: Well, we’re trying to do that now with the Dublin Dashboard. We’re not saying that the systems don’t have any utility, what we’re saying is that you have to understand what it is you’re actually looking at. And to do that certain information has to be communicated to you. So if you genuinely want to understand the data well, you need to know its error and its calibration and its veracity in order to make a judgement. We’re used to that kind of thing in political polls. When the results of a political poll are given out, it might say ‘this party’s on 26%, plus or minus 2%’ – so that’s telling you the amount of ‘noise’ in the data. It’s allowing you to make a judgement as to how much you trust the data and it’s enabling you to draw sensible conclusions from it. We’re interested in how you communicate that.

If you want to understand the data well, you need to know its error and its calibration and its veracity

Dublin.ie: As well as the day job you’re a published crime novelist. Is the border between these two interests rigorously policed or does the one feed into the other?
RK: Generally they’re entirely separate. I’ve never written a story on Smart Cities, for instance. But you can’t totally separate out stuff, to be honest. Around 2009 I was researching the area of planning and unfinished housing for a story I was writing. We ended up breaking the story on how many unfinished estates and houses there were in the country. I wrote a short piece on this that ended up on the Six-one News and then we did a documentary about it for Prime Time and a bunch of other things.

Dublin.ie: Seems like you human geographers give yourself a fairly broad remit then?
RK: It’s a very wide brief. You can look at whatever the heck you want!

Which is excellent news for the people of Dublin.

‘Since it opened in 1961’, says the brochure, ‘the Goethe-Institut has broadened the professional and personal horizons of 50,000 people who have attended its German courses’. Currently housed in Fitzwilliam Square while it awaits the refurbishment and extension of its Merrion Square HQ round the corner, its director is Dr Thomas Lier. Thomas is from Bavaria. Don’t call him ‘Bavarian’, though. That, Dublin.ie learns, would be like calling a Cornishman ‘English’. Because Thomas is really a Franconian, from Wurzburg, and Franconia was an autonomous region until Napoleon kicked it into Bavaria. ‘Wurzburg has a