Mary Louise ‘Maz’ Reilly, a sports development officer with Dublin City Council, plays rugby for Ireland. She was on the Grand Slam-winning side of 2013 and plays in her third World Cup tournament, hosted by Ireland, this month.

It was always soccer and Gaelic football at home. No one played rugby. One day a friend asked me to jump in and give a dig out and I was like ‘there is not a hope, that sport is way too rough’. Anyway, she got the better of me and I got involved and realised that I actually really enjoyed rugby. For me, in work, it’s the same thing. Whether I’m out chatting to adults or young children, whoever it might be, it’s always a case of saying, ‘there is a sport, there is an activity for you. You might not have ever thought that you’d find something like that in your life. But, whatever it is, give it a go. At least then you’ll be able to say, ‘no that’s not for me’ or ‘actually I quite like that’.

I was like ‘there is not a hope, that sport is way too rough’

I think I’m lucky that I’ve had a chance to contribute to the growth of the game in some way, that I’ve had a part to play in the history-making process of women’s rugby and how far it has come in the last 20-25 years. Even now, when we meet a team with a lot of professional players, it doesn’t bother us. I think it’s good to have standard bearers in the sport because it gives everyone else something to aim for. I think it inspires us to keep going and keep striving and pushing forward. You hope that maybe, a couple of years down the line, that that might be the case for the sport in your own country and that that you might follow suit. 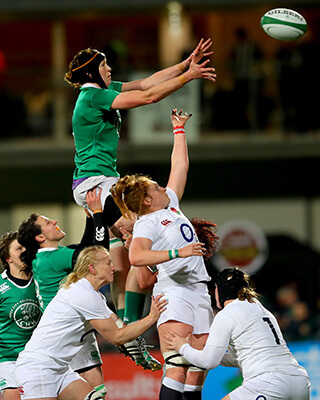 It’s great now when you go into schools. When we started first, if you had mentioned Brian O’Driscoll they wouldn’t even have known who he was. Now we go to schools and they say “oh we saw you on the television”, which is great for the extra media coverage. It really does make a huge difference. It just kind of normalises the idea that women should be playing sport and you know, kids have someone that they can look up to.

Rugby is about family for me. The support I get from my own family and how we’re all involved in it and how we all have our own part to play in it, that’s brilliant. My mother used to drive me to training sessions up in Dublin when I was starting out. And my nieces from Kerry, they came to the two World Cups previously that I was involved with. So they got to see women from all over the world playing the game, not just their mad auntie! They got an idea that rugby, sport in general, is of equal importance for women and men.

Then my brother, he came back from the first World Cup in 2010 and he wanted his eldest daughter to join the club down in Tralee. They only had two other girls playing. They ended up going to Listowel and he set up the girls team there. He’s the director of women’s rugby down there now. They’ve got 60 girls playing every week now, which is great. The other benefit of family is that they’ll always bring you back down to earth if you head gets too big! And then there’s the sense of family you have with the management and the other players. You have friends for life when you take part in rugby. 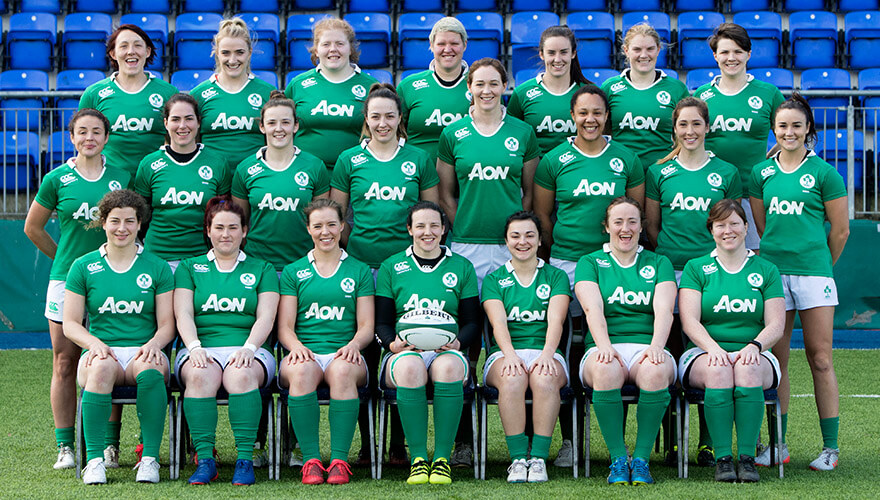 Playing for your country is massively importantly, you always get emotional when you think about it. You think of the players that have gone on before you and the hard work that they put in on and off the pitch to put Irish rugby where it is. You always feel like you have a huge responsibility to give credit and honour to the people who have gone before but also inspire the next generation that are coming in, to make sure that the jersey is held in the highest regard and that 100% is played every time.

People outside looking at rugby see it as very tough and physical game. They think that you have to wind your emotions up very high to be able to perform so physically. But anyone who comes to rugby from soccer or Gaelic realises that actually it’s a very composed sport. Only the captain can talk to the referee so there’s none of that kind of hassling of the ref that you might get in other sports. And of course It’s a very much a team sport as well. Everyone shakes hands and you do a tunnel for each other at the end of the match and socialise afterwards.

I think the World Cup is a huge opportunity to showcase the city and demonstrate that Dublin can host a major tournament. You’re kind of really hopeful that the IRFU and Dublin City and all the sponsors will put their best foot forward and get to put on a great tournament in 2023. I think for all of the supporters coming over, they’re going to be guaranteed a good time. The Irish always give a great welcome. There is always a party atmosphere so from that side it’s going to be something off that pitch that you’re going to be really proud of.