I’m from Clondalkin, and I’ve recently set up a support group for people who are bereaved by suicide, having lost my own son Daniel to suicide in 2014. It’s been running for a couple of months now.

There are no support groups out there specifically for parents, so I set up my own one. We have eight people in the group, and we meet up every two weeks locally, in a house connected to St Ronan’s Church. 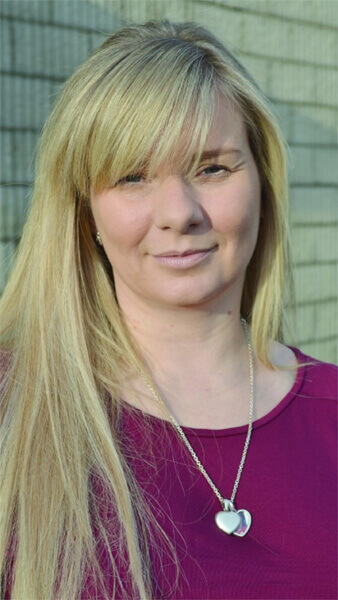 I started the group for myself, and for other people in the same situation. There are support groups out there, but a parent’s relationship with their child is unique. Only another parent can truly understand what they’re going through, so I felt that parents meeting and discussing things would be beneficial, for me and for them. It all came together quite quickly.

I made my own support group, in a way. It’s not a counselling service, there’s no councellor there – we support ourselves. If one parent’s having a bad day, we’re there for each other. We’ve already joined up with HOPE in Tallaght, and now we want to start more meetings in different places across Dublin. We’re all at different stages; with one parent, their son passed away three years ago, with me it’s eighteen months, there are people who are seven months gone, four months gone… Not that it gets any easier, but I’ve been through the Coroner’s Court, and the inquest, and I’d be able to tell someone what it was like.

It’s not a counselling service, there’s no councellor there – we support ourselves

I had gone to see a play called Bring Me Back Alive, written by Patricia McCann, on Daniel’s anniversary, and it was brilliant. It’s a conversation between teenagers who have lost a friend to suicide, and the mother of the person who had died – it was like seeing myself on the stage. I had my other son Sean with me, and he said ‘That should be shown to schools.’ So the following Monday morning I was ready to go, at the local priest’s house, and I asked him to help me bring this play to Clondalkin. He allowed me to put it on in the church, and we had around 800 people that night. The place was packed. Now other people want to put it on as well. It gets people talking, and that’s always a good thing. I had a parent contact me and say that her son had spoken to her after seeing it, that he wasn’t feeling the best and needed help. If we can get one person to go and speak to somebody, then that’s what it’s all about.

There used to be such a stigma around suicide, for a church in Dublin to show a play about it is brilliant

Getting the church involved has been brilliant as well. There used to be such a stigma around suicide, for a church in Dublin to show a play about it is brilliant. I said to Father Brian ‘This will be great for your street cred’ (smiles). We’ve still got a long way to go. If you break your arm you put it in a sling, and everyone commiserates with you. If you tell them you’re depressed, they don’t know how to react. It’s awkward. People need to start talking. If they’re not feeling the best, there’s no shame in it. We all have bad days. Tell someone.

When I’ve gotten my head around what happened to Daniel, I hope to go on and eventually help other families. Since he died I’ve heard stories, things I never knew, about him helping ladies from down the road with their shopping, and teaching younger kids how to skateboard – he was a skateboarder. Daniel was a good person. I’m hoping that I’ll be a good person, too.

You can find out more about Carol Cosgrove’s group HERE. 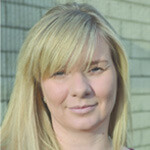 Carol Cosgrove is a mother from Clondalkin who set up a support group for people who are bereaved by suicide, having lost her own son Daniel to suicide in 2014.