Dublin city stretches across 115km² while the entire county covers just 921km². Despite its compact size, because of its status as Ireland’s capital city, Dublin has a lot going on.

That’s why the county is split into four local authorities: 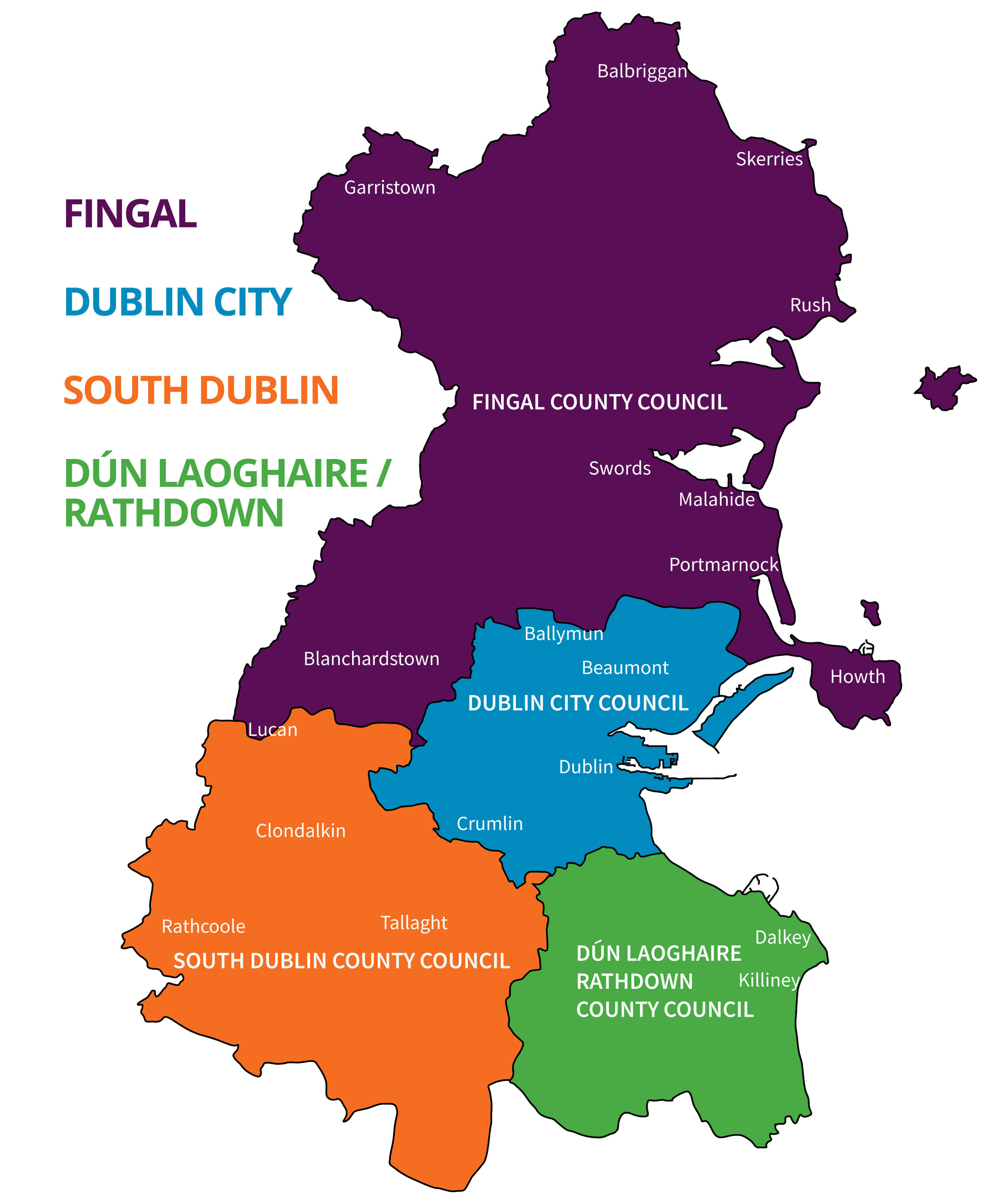 The boundaries of the four Dublin council areas

Each council, or local authority, is run by a chief executive who is responsible for a range of local services such as roads and recreational facilities. To put it simply, the council is responsible for an area’s social, economic, environmental, cultural and community development.

In day-to-day life, you probably won’t have many dealings with your local council. However, there are some instances when you’ll need to get in touch. For example, if you need to seek planning permission, apply for funding or pay for a fine or permit – think litter fines and parking permits. They are also the go-to authority for information on social housing.

You can find out more about the council’s role in our guide to what Dublin’s local authorities do. Here, you’ll also find a list of departments within the four Dublin council areas along with their contact details.

Representatives for the local community

Each council also has its own democratically elected public representatives. These councillors approve the council’s annual budget and formulate policies for their area. They also act as a bridge between the council and members of the local community. They often answer queries and can bring relevant issues to the attention of the chief executive and their staff.

Every five years, in the early summer, Dublin’s local elections take place. You don’t have to be an Irish citizen to vote in these elections. Residents of an area who are over the age of 18 can register to vote online or at the office of their local council.

Here is a list of current representatives for each of the four Dublin council areas: