“You’re always fine-tuning so it’s always challenging; you’re always looking for improvements, no matter what they are, small ones or bigger ones”

The Job: Airbnb: the online community marketplace that has transformed the way we book our holiday accommodation. We Irish have taken to the notion of renting out our houses, apartments and spare rooms to visiting folk particularly well, with the number of Dublin hosts growing at somewhat furious rate.

Who she is: Chloé Roux, a project manager with Airbnb in Dublin. Originally from Lebanon, she did her MBA in Milan and worked in Paris for four years. After this, she moved to Singapore and then followed her husband Thomas to Dublin, where he landed a job in Google, and she went to work for Airbnb. “I work on global programmes that are focussed on the development and recognition of our hosts,” she says, “so it’s both helping to make things easier for them and also recognising all the hard work that they put in on a daily basis when they’re hosting.” 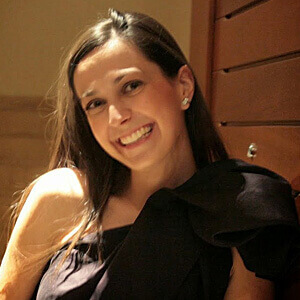 A typical day: A lot of meetings and a lot of global calls. Airbnb has offices all over the world, which might mean a 8am meeting with Asia and another one at 8pm. There’s plenty of brainstorming too. “There’s a lot of collaboration,” Chloé says: “which is a good opportunity for me to learn and share knowledge with others.” That the company is constantly growing and evolving is attractive to her: “You’re always fine-tuning, so it’s always challenging; you’re always looking for improvements, no matter what they are, small ones or bigger ones.”

Where she lives: Grand Canal Dock. “It’s really convenient because we’re both close to work, just five or ten minutes’ walk and in winter that’s more than enough for me!” she says. “It’s very close to the city centre for when you want to go for a drink or to a new restaurant, plus the modern buildings were something that we were looking for in particular, rather than an older home.”

Her impressions of Dublin: These have changed in the three years since Chloe moved here. Having lived in much larger cities, Dublin’s compactness was a bit of a shock, but that’s something she both she and her husband now embrace. “Because we constantly travel, when we’re back in Dublin, because it’s small and cosy, we’re happy,” she says. “It’s changed a lot in the past two or three years. There are a lot of expats, and a lot of things happening, but only recently. Compared to when we arrived here, right after the (financial) crisis, it wasn’t like it is today.”

On the agenda: Chloé and Thomas have no plans to leave Dublin. “We’re very happy now. We have a lot of Irish friends at this stage. I think it took us less than a year to feel that we were at home, and we’re in that nice place now where we say ‘This is home and we’re going to stay for a bit’. And then, when work opportunities arise and something happens to make us leave Ireland, we’ll reconsider the pros and cons of that move – if we move.”

If you’re not entirely sure what the Internet of Things (IoT) is, or if you haven’t even heard of it yet, that’s alright. Essentially, the IoT is a connection of devices to the internet, whether that’s your washing machine or your house alarm and everything will be ‘talking’ to the other. On a micro level, that might mean that your alarm clock will tell your coffee machine that it’s time to start brewing a pot when you get up; on a macro level the possibilities are infinite, including making cities smarter.

“We have a really great team of people in the kitchen and on the floor, who are really creative and really passionate about what they do.” What is it? The popular Dublin 8 neighbourhood café where the emphasis is on all things wholesome, healthy, ethical and delicious. They’re experimental too, making their own fermented drinks. There’s also The Stables, their complementary space where yoga classes and food workshops happen; it also houses an extra kitchen where they play around with new dishes. Food, wellness and education is at the centre of everything. Who owns it? Aisling Rogerson, who co-founded the café with

I was born and raised in Morocco, and lived for 30 years in America before coming to Dublin. My wife is a Dubliner, and we have 2 beautiful little girls, and we decided that we wanted them to grow up here. I was lucky enough to step into this beautiful building, The Chocolate Factory on Kings Inn Street, and that opened up a whole new avenue for me, professionally. One of my business partners was looking for a place to put on a gig, and met Val, who runs the building; we started talking about food, and what we’d like to do, and decided to go for it. It took us about a year and a half, but