Graphic designer Niall McCormack has been interested in record sleeve design since he was a child.

In the nineties, he began to design record sleeves for his friends’ bands, and for his own band, Jubilee Allstars. He’s now designed over a hundred record sleeves and CD covers for an array of record labels in the UK and USA.

So, in co-curating Green Sleeves, an exhibition of Irish record sleeve design in the National Print Museum with Dr Ciarán Swan of the National College of Art and Design, McCormack, who lives and works in Dublin 7, is drawing on a lifetime of thinking about record covers and commercial design. 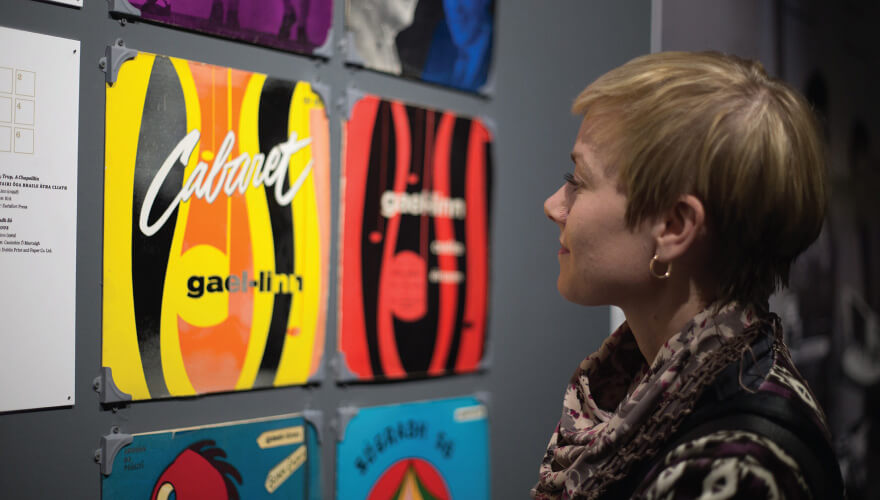 The exhibition concentrates on album covers designed and printed in Ireland, and gives a unique and fascinating insight into the Irish record industry from the 1950s onwards. A wide variety of sleeves are included. The 1960s and 1970s were the heyday of the vinyl record, and Ireland was home to two major record-pressing plants: EMI, which was initially based in Ferrybank, Waterford and then moved to an industrial estate in Dublin, and Carlton, also based in Dublin. Local independent printing companies would print the sleeves.

They are all really beautifully designed covers but none of them are following the conventions of what a record cover would have looked like in the sixties or seventies, or even in the eighties

Niall McCormack (NM): The pressing plant would get an order for X amount of records and they’d pass on the printing work – they’d have different printers lined up. We’ve identified at least thirteen printers who were printing record sleeves mainly on the east coast. Although the pressing plants were there mainly to service the UK record industry – manufacturing records for major UK labels that would be shipped to Britain – the stuff we were looking at were the Irish releases [typically from independents like Gael Linn, Claddagh, or even smaller labels], which were happening underneath all of this big UK commercial activity. We got as many record covers as we could and looked at them, then presented as diverse a range of them as we could and let them tell the story.

Dublin.ie: In your own work, you take inspiration from an unusual source: the smudgy, cheaply printed letterpress art that’s typically found on the back of matchboxes. 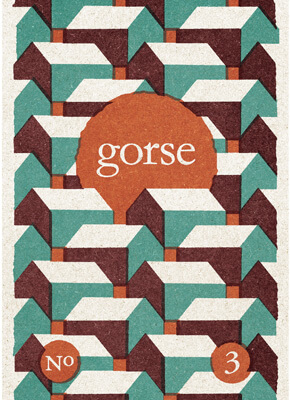 Dublin.ie: You began to experiment with the techniques involved in this sort of printing by using rubber stamps to help create a striking illustration based on the song ‘Tomorrow Never Knows’ from the Beatles album Revolver. You’ve since adapted this approach to design a series of covers for the Dublin literary journal Gorse. The results have been memorable: a series of cover designs, simultaneously contemporary and retro, gesturing towards Irish and international influences, that helps to mark Gorse out from other literary journals visually.

I’m much more interested in record covers which do follow the convention, which have a marketing approach and are trying to let you know who the act is

NM: The journal sits between the extremely commercial and the art world, a space where the two mix together and the most interesting stuff happens.

Dublin.ie: Back to the Green Sleeves exhibition: part of it is devoted to the cover art of recently released Irish records. You’ve selected twenty contemporary Irish records designed by Irish designers…

NM: To show where we are now. They are all really beautifully designed covers but none of them are following the conventions of what a record cover would have looked like in the sixties or seventies, or even in the eighties.

Dublin.ie: Six of the twenty covers have no text at all on the cover, a sign of the rise of digital music, presumably: you don’t need any text on a tiny digital image that will be accompanied by the artist’s name and a track-listing on iTunes. And those who do go out and buy the physical record are ‘more in the know’ and don’t need a text-heavy cover to market the record to them.

Dublin.ie: So digital music has kind of freed up the record sleeve to become an art
object?

NM: That’s right, the twelve-inch record is now an artefact to be coveted. Designers more interested in the cover as a canvas.

Dublin.ie: Your own record sleeve designs still feature text, and often tend towards a retro style.

NM: I quite like the old way. I’m much more interested in record covers which do follow the convention, which have a marketing approach and are trying to let you know who the act is – they’re kind of barking at you, in a way. 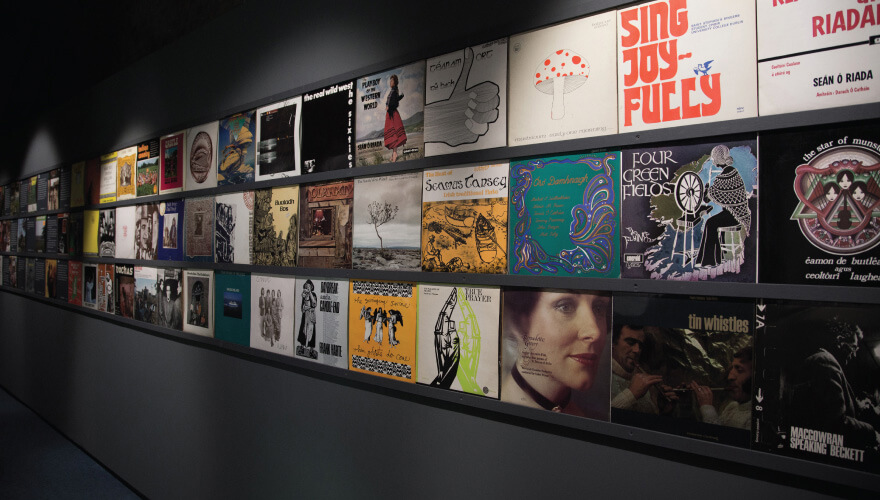 Dublin.ie: You’ve said that you can trace your whole idea of what visual art can be back to a childhood love of record sleeves and cheaply printed sweet-wrappers…

NM: Stuff like matchboxes or seven-inch record covers or whatever cheap crud they’re trying to sell to kids – that’s the sort of art that I like. Art is something that’s everywhere.

The world, according to a Dublin foreman This is no occupation for old men – to twist what Yeats said. I wouldn’t mind, but I’m not even that ancient. Climbing up all these flights of scaffolding. Then the scaffolding gives way to ladders. Ladders for a couple more floors. As a result, the sweat is breaking out when we get up here: this windswept top floor with stunning views. If only it was safe to stop watching your footing and look out on the city and the Liffey flowing into Dublin Bay. Painting a picture of the landscape We’re down on the North Wall, near the 3Arena. Commanding these stunning views is a nine-storey building – not co