Dublin is home to no less than four world-ranking universities. With almost 130,000 people studying here, the city is one of the world’s most student-friendly. It’s a tradition that goes back a long way.

Trinity College, one of the oldest English-speaking universities in the world, was founded here back in the 16th century. It is recognised internationally as a premier Irish university and one of the world’s leading research-intensive universities. Past students have included famous writers Oscar Wilde and Samuel Beckett, who is one of the university’s several Nobel prize winners. James Joyce, author of Ulysses, went to University College Dublin which is number one in Ireland in QS Graduate Employability.

Two more recently established internationally-ranked universities are DIT (which has recently become a constituent part of a new university, TUD) and DCU. Today, medicine, data analytics, biotechnology, cloud computing and business and finance programmes are all strongly represented in the city.

Ireland is the only English-speaking country in the Eurozone; after Brexit, the Irish will be the only native English-language speakers in the EU. Dublin’s first language is English – and some say it sounds better here than anywhere else is in the world.

If your competency in the language does not reach the level required for direct entry into your desired programme, many of Dublin’s higher education institutions also offer foundation courses in English to prepare you. Meanwhile, the city’s English language colleges are recognised around the world for their world-class facilities and the highest standards of education. 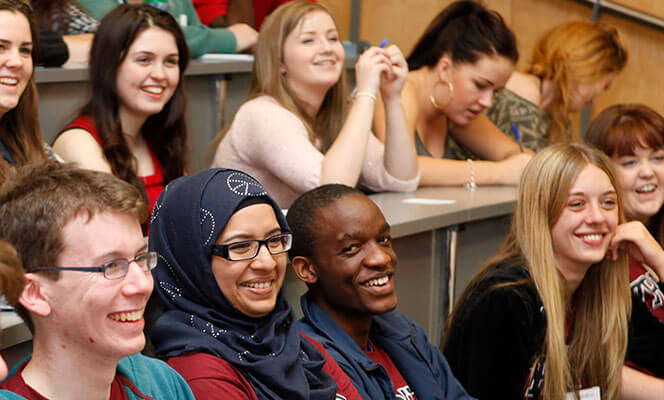 Dublin is regarded as a safe place to live; the 2018 Peace Index ranks Ireland as the tenth-safest country in the world and The United States Department of State considers Dublin a low-threat location.

One of the reasons why Dublin is such a great study-abroad destination is Dubliners. They are famously welcoming and surprisingly ready to talk to people they don’t know. Oh yes, and they have a pretty lively sense of humour too. The city is the capital of Ireland, a place that’s twice been voted the world’s friendliest country by Lonely Planet.

The city is diverse, increasingly multicultural and at the forefront of campaigns for LGBT rights. 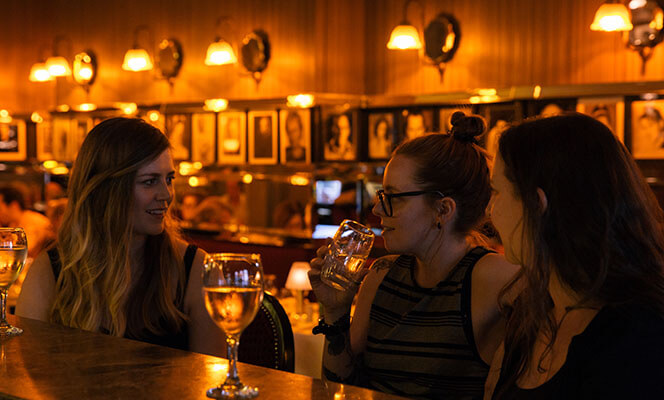 4. It’s rich in culture and history

In Dublin, the city’s streets are alive with its rich historical heritage. Once a major Viking city, today you’ll find medieval fortifications next to a Gothic cathedral. There are entire streets of elegant architecture from the Georgian era. Plus the rejuvenated docklands district, where repurposed Victorian warehouses house the European headquarters of tech giants.

Dublin’s cultural riches are inspiring too. A former UNESCO City of Literature, it has been the birthplace of many great writers (Wilde and Beckett are just the beginning), including George Bernard Shaw. Cutting-edge productions of their works and many others are a regular draw at the city’s many theatres.

The city’s National Gallery houses works by Caravaggio, Velazquez and Vermeer. The Chester Beatty library has one of the world’s greatest collections of oriental and Islamic art. Music is also a big part of Dublin life, with everything from traditional Irish to the orchestral classics being performed regularly. The National Concert Hall, the Three Arena and the Bord Gais Energy Theatre provide the venue for world-class touring shows. 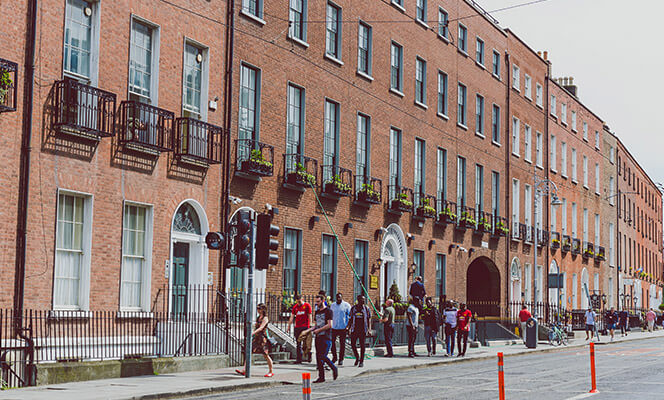 5. It’s a hotbed of innovation and creativity

Dubliners’ contributions to the worlds of literature and music are of course famous. But many other fields of human endeavour have benefited from their input – and that of their neighbours on the island of Ireland.

Medicine for instance: the hypodermic syringe was invented by Dubliner Francis Rynd and first put to use in Dublin’s Meath Street Hospital. The bin-aural stethoscope was also an Irish invention. As was the submarine, the nickel-zinc battery, the ejector street, the cream cracker and the potato chip (that’s a ‘crisp’ in Ireland).

As the digital era progresses, Dubliners are in its vanguard too. Here’s just two examples: Daon is a Dublin-based company that supplies biometric software to governments around the world, enabling them to establish and confirm the unique identity of billions of people for border control and social security. Meanwhile, technology from the Dublin company Havok helps some of the world’s best-known developers to reach new standards of realism and interactivity in games from Microsoft, Nintendo, and Sony.

Innovation and creativity are an important feature of the city’s CV. If you’d like to see them on your own, Dublin is the place for you.

Dublin has all the amenities you would expect from a busy capital city. It’s compact and easy to get around. In addition to Dublin’s famous and not-to-be-missed pubs and nightclubs, the city boasts a thriving cafe culture plus a vast array of hipster-filled tea shops, artisanal eateries and trendy restaurants. 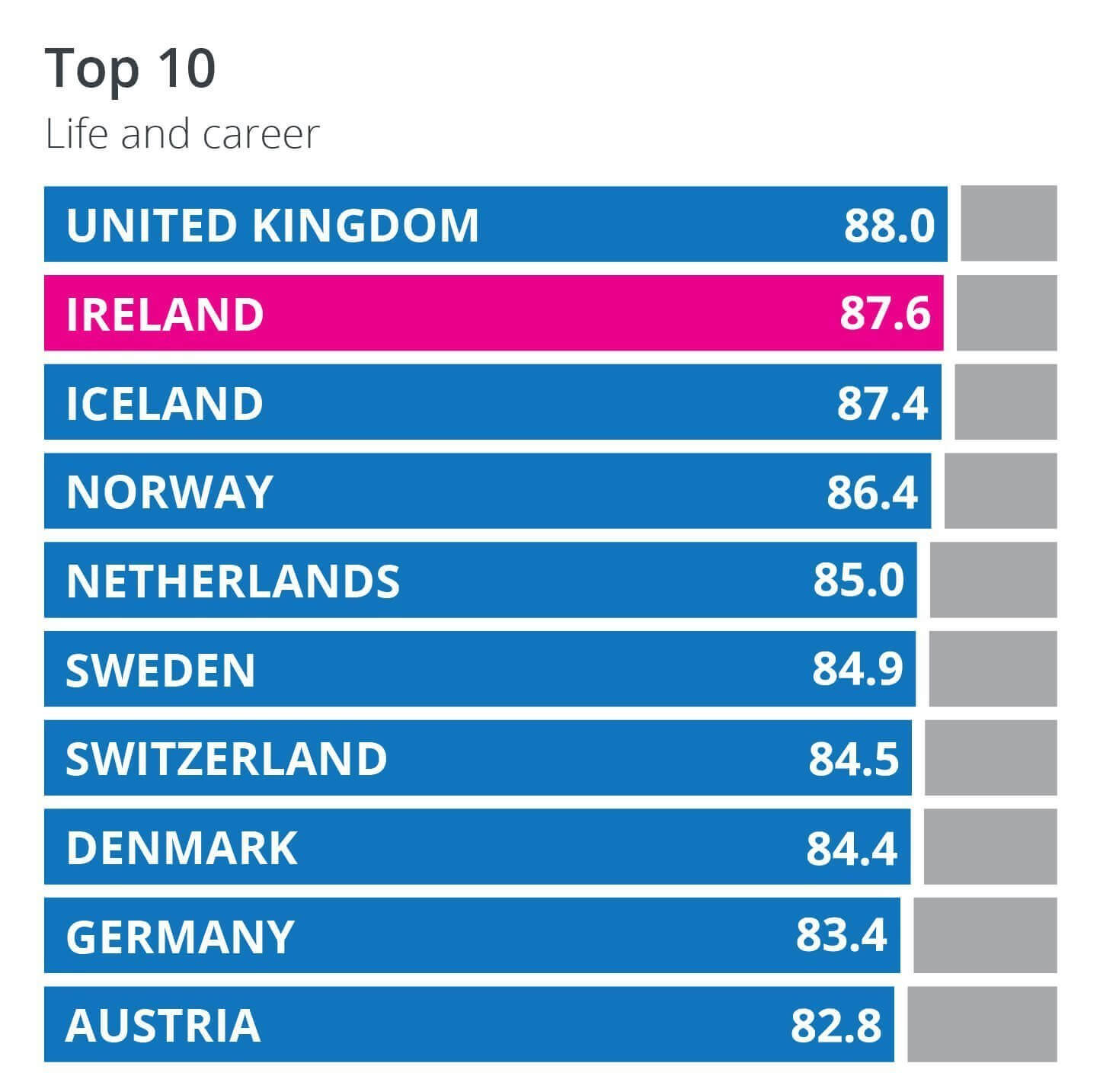 Shopping ranges from the very high end at department stores like Brown Thomas to markets like the Dublin Flea held on the last Sunday of every month at the Digital Hub.

Don’t want to spend money? There’s plenty of attractions in Dublin that don’t charge admission. Check out the city’s free art galleries, its parks – including the massive Phoenix Park, the biggest in Europe – and its botanic garden with its magnificent Victorian glass houses.

Dublin is the perfect base for exploring Europe. Its international airport is the headquarters of Ryanair, one of the world’s biggest budget airlines.

Dublin is also home to Aer Lingus, the Irish national airline and is served by many other airlines. So if you fancy spending the weekend in Paris or Prague, Vilnius or Vienna, flying from Dublin is easy and surprisingly cheap.

Of course, because Ireland itself is a relatively small country, it’s also very easy to explore the rest of the island from Dublin. Ireland’s other cities like Belfast, Cork and Galway are all within easy reach by bus or train. The spectacular scenery of the Wild Atlantic Way is on your doorstep too. 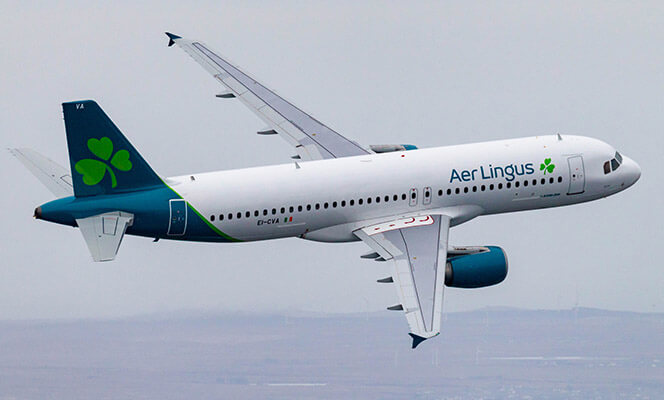 8. It’s got stunning scenery on its doorstep

With stunning scenery and dramatic landscapes on its doorstep, Dublin is the perfect base for getting back in touch with nature.

And if high-adrenaline adventure is more your thing, everything from kite surfing and mountain biking to kayaking and rock climbing is close to hand. 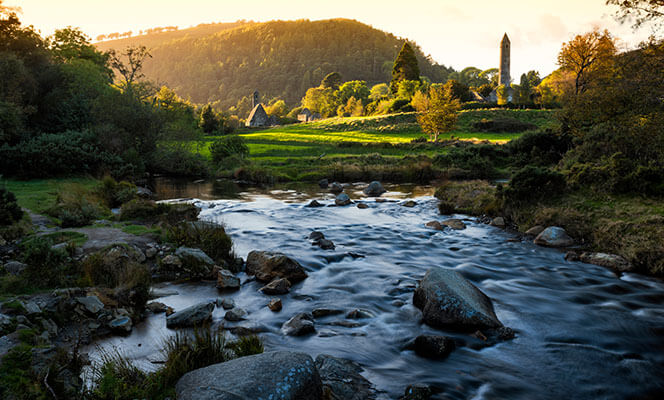 Looking to gain experience with a global player in Tech, Financial Services, Global Business or Pharma? Ireland offers an extensive range of opportunities for graduates from Irish universities and colleges, whether you are from the EU/EEA or outside. (Subject to special visa arrangements under Third Level Graduate programme )

As a committed member of the European Union, the country provides companies with guaranteed access to the European market. The European headquarters of many multinationals are now located in Dublin. LinkedIn, Facebook, Airbnb, Google, PayPal, Pinterest and Twitter are all here – and that’s just some of the digital ones. Other leading high-performance companies with bases in Dublin include Microsoft, Intel, Pfizer, Citi, Huawei, Takeda, Fujitsu and Novartis. 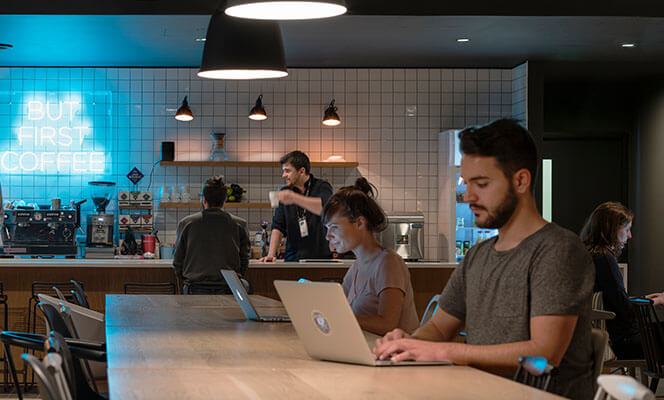 IoT, big data, ICT, energy efficiency, health innovation, cloud computing…? If you’re interested in a career in any of these areas, then you might find yourself staying-on in Dublin after you’ve graduated.

Dublin’s higher-education offering is amongst the best in Europe. The city’s heritage as a place of learning stretches back to the 16th century; since then Dublin’s students and teachers have pioneered advances in disciplines as diverse as medicine, atomic physics and literature. More recently the city’s educators have also excelled in the area of business, technology and digital innovation. Top Universities includes four Dublin universities in its world ranking – the city itself features in its list of ‘best student cit

Planning to study in Dublin? Here’s our simple step-by-step guide. It’ll help you keep stress levels to a minimum in the run-up to your move. 1) Choose your course Check out the list of universities and colleges in Dublin. Investigate the courses that you’re interested in and make sure you can meet the entry requirements. Attend an open day if you can – it will give you a feel for student life on campus. 2) Apply and accept Found your course? Apply as soon as possible. In most cases, you’ll be sent a letter of offer. You need to accept this to be officially enrolled. Procedures may vary

There’s no way around it, Dublin is expensive. But with a bit of savvy budgeting, it is affordable. Here’s an overview of what it might cost you to live here.