Recently, astronomers at the Alma telescope in Chile discovered a supermassive black hole near the centre of the Milky Way.

It is said to be one hundred thousand times more massive than the sun and roughly 1.4 trillion kilometres in length.

When we read a science story, it is almost always sensational news. However, a lot of science stories go under the radar of the ordinary non-scientist, primarily because we simply don’t understand it; it’s too complex unless it’s a news story on a topical subject that we can relate to, like space or cancer research.

A number of outreach programmes set up by Science Foundation Ireland are receiving more funding to make science more accessible to the public. The Science Gallery, A Pint of Science and Thesis in 3, to name a few, have drawn back the curtain to showcase science, with all its complexities, in a new, simplified manner.

A Pint of Science brings scientists to the pub, where they can chat with regular people over a pint about their research. Scientists have always used the pub as a place to discuss research. Famously, Francis Crick and James Watson used to go to the Eagle in Cambridge to chat about their research. In 1953, they interrupted lunchtime to declare they had discovered the building blocks of life after they came up with their proposal for the structure of DNA, for which they were awarded the Nobel Prize. 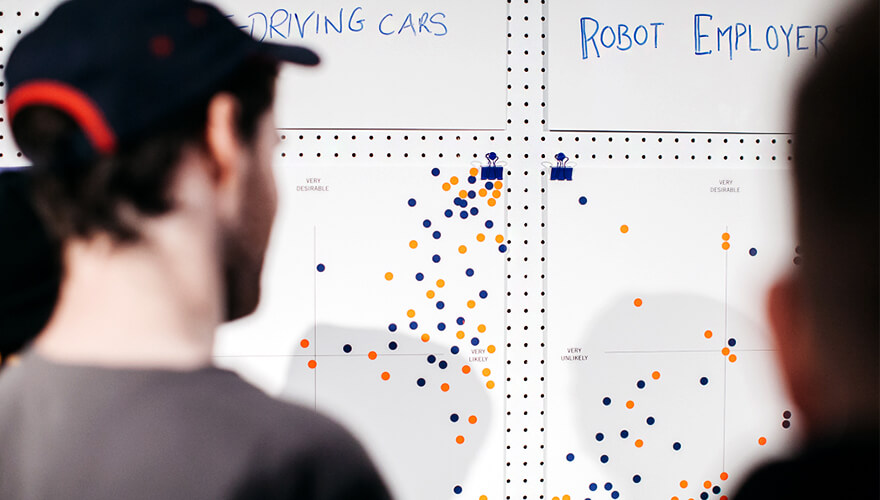 By drawing scientists and regular people together in the relaxed environment of a pub, a casual atmosphere is generated whereby the dialogue is both fascinating and stripped of overwhelming jargon. “A lot of money is put into the research we carry out,” Lizzie Brindley, a neuroscientist, explained. “These programmes allow people to see where that money is going, what’s being developed and what progress we’re making in certain fields.”

“It also shows people that scientists are ordinary people,” added Caitríona Dowling, a cancer researcher. “Everyone has that idea of us in white coats, but we’re normal people. So there’s a benefit for us too.”

Einstein said that if you can’t explain it to a two-year-old child, then you don’t know your research

Caitríona has competed 15 times and won the national finals in Thesis in 3, an international competition whereby science undergraduates, postgraduates or PhD students compete in explaining their thesis in three minutes. “Einstein said that if you can’t explain it to a two-year-old child, then you don’t know your research,” she said.

The competitions are set on niche themes, due to the fact that they are dissecting theses (Immunology for example). Students compete at a local level, and then a national level. The winners then compete internationally.

“When you’re doing a PhD, they say you learn more and more about less and less, so you know so much about this tiny area. It’s essential that our research is shared in simple terms because if science doesn’t come together, we stop making progress,” said Aoife McKeon, a medicinal chemistry PhD student. 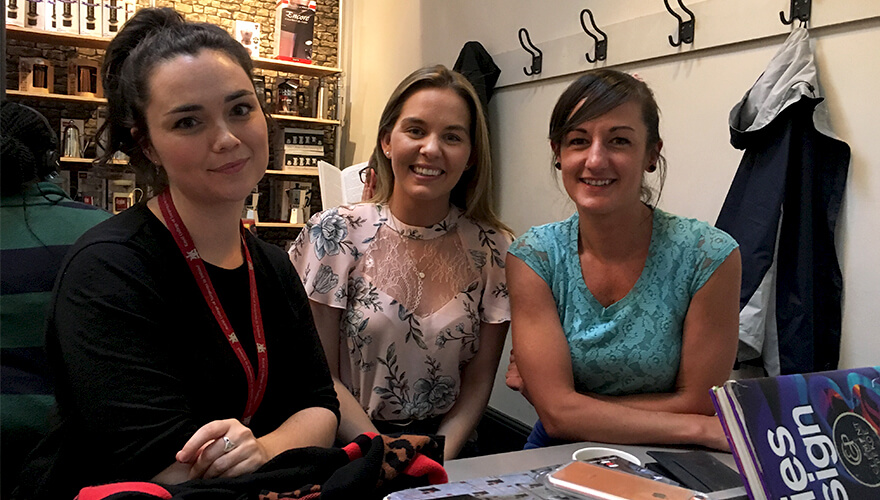 The Science Gallery at Trinity College is also bringing science to the public. Kate Maloney is the lead mediator and recently finished a degree in nanoscience. “It’s the study of small stuff,” she said. “You have micro, and then nano is even smaller. Your hair is 80,000 nanometers thick, so pretty small. It’s researching materials, like graphene, which is a big one at the moment.”

People then feel like they’re involved. They can track it and it’s uplifting in that way

Through exhibitions that combine science with design, the Science Gallery showcases students’ work in an easily understood and interesting way. “Everyone’s expected to have an interest in politics or arts, or whatever, but when it comes to science, people think: ‘Nope, that’s for the scientists.’” Kate said. “That leads to a lot of misinformation spreading. What we’re doing comes down to people having a fundamental interest in research. If people are more literate in science and able to understand the terms, then hopefully people will be less scared of it.” 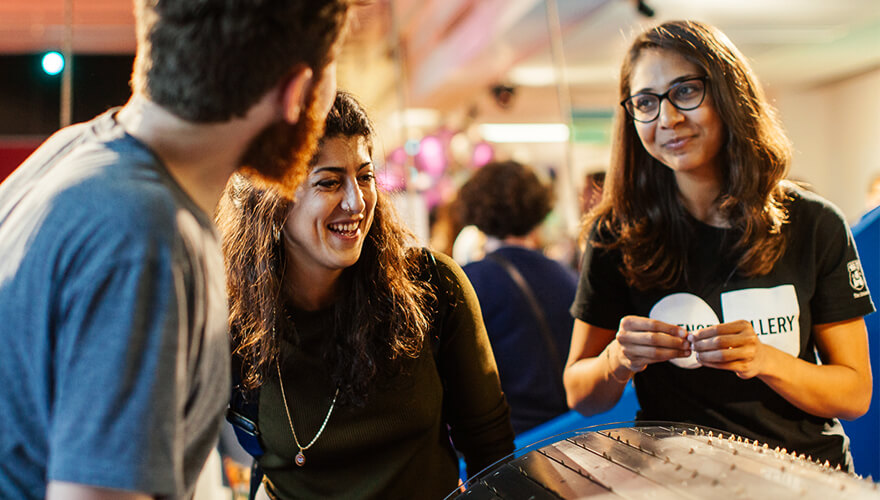 The Science Gallery offers a platform for researchers within Trinity. Often, researchers will use the public to contribute to their research. “Those windows into research are really important,” Kate said. “People then feel like they’re involved. They can track it and it’s uplifting in that way.”

Potential legislation can be delayed or curtailed due to apprehensions that derive from a general misunderstanding or ignorance towards science. Kate believes this would happen less if people knew more. “There’s a bit of mistrust towards science,” she said. “People hear about it when something goes wrong, as opposed to when it goes right. So if people not only trust science more but know more, they can make up their own mind.”

For more information on exhibitions at the Science Gallery, visit their website: dublin.sciencegallery.com

Patrick Murtagh
Patrick studied English, Media and Cultural Studies and now works as a freelance journalist. He writes about social and cultural issues, football and a bit of technology, as well as some fiction. He's confused by the world but finds solace in the smooth rhythms of Marvin Gaye.
By using our website you are consenting to our use of cookies in accordance with our Cookie Policy
Copy link
CopyCopied