It looks like Guinness. It comes out of a tap. In a bar. But it’s not a Guinness – it’s a Genius, and it’s a popular order at Dublin’s first-ever high-end, non-alcoholic bar.

The Virgin Mary on Capel Street is not only the first of its kind in Ireland, but it’s one of the most unique dedicated non-alcoholic bars in the world. A Genius, says Vaughan Yates, co-founder of the bar, “is a drink that we’ve created using a non-alcohol stout and a nitro coffee combination. It’s got a nice feel, and it’s got creaminess. It just hasn’t got the alcohol”. 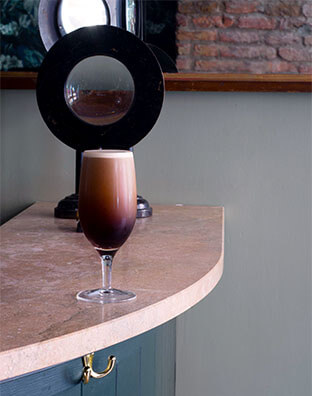 Yes, Dublin is one of the drinking capitals of the world. But recently, a considerable amount of that drinking has been of the non-alcoholic kind. In fact, according to the Alcohol Beverage Foundation of Ireland, alcohol consumption levels in Ireland have fallen by 25% overall since 2005, and the decline has been even sharper among young people. It’s a trend that’s opening up a whole range of non-alcoholic opportunities to the drinkers of Dublin — and one that Yates was keen to tap into. Hence Dublin’s first completely non-alcoholic bar was born.

People are becoming ever-more conscious of what they’re putting into their bodies.

“While we were in the planning stage in the summer of 2018 we were seeing that people were beginning to consider their alcohol consumption more than ever before”, he says. “We saw that more and more people were taking part in things like Dry January. And we saw more non-alcohol products coming onto the market.” He also notes the fact that people are becoming ever-more conscious of what they’re putting into their bodies: “they’re looking at the back of the packet; they’re reading the labels. So we wanted to produce something that was quite healthy.”

But while these are trends that are being noticed worldwide, Vaughan also believes that one city, in particular, was the right place for this innovative concept: “I think Dublin as a city and the Irish as a population are very open to change. You’ve seen that reflected in the results of the recent referendums we’ve had in this country, for instance.”

Whether you’re seeking alcohol or not, we think great-tasting beer is the goal. 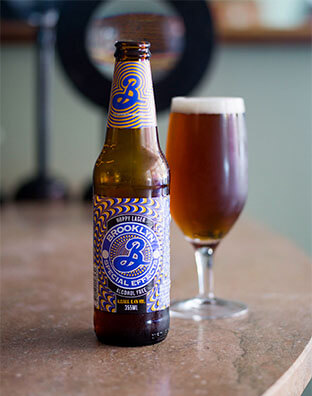 Or try a non-alcoholic craft beer – now available not only at The Virgin Mary but also at an increasing number of the more typical pubs that Dublin is famous for. Stand-outs on the menu include Brooklyn Special Effects Hoppy Lager and Lervig No Worries IPA.

Another example is Open Gate Pure Brew, brewed by Guinness, makers of Dublin’s ubiquitous stout. “Whether you’re seeking alcohol or not, we think great-tasting beer is the goal,” says Lead Brewer John Casey. “This beer is hoppy with lots of fruity aromas and a nice hint of citrus flavour along with a smooth, malty finish,” he says. “The overall taste is deliciously refreshing.” ABV? A mere 0.5%. 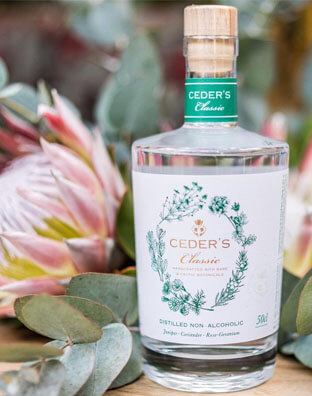 There’s no need for spirits drinkers to feel left out, either. Another favourite at The Virgin Mary is a Ceder’s gin and tonic, the gin in question being of the non-alcoholic kind. “More and more people are today choosing to reduce their alcohol consumption,” says Mary Sehlstrom, co-founder of Ceder’s and a Swede with a cosmopolitan outlook. “We see this as a widespread movement across ages and places including in Ireland”. She points out that non-alcohol drinkers, as well as adults who are looking to reduce their alcohol intake, still enjoy adult, social, convivial occasions, and deserve what she calls ‘refined, sophisticated, intriguing drink experiences’. “Until the last few years, these adults were only offered children’s drinks and few options. Thankfully this is changing rapidly, as we see the excellent quality, non-alcoholic, adult brands entering the market”.

We’re seeing a growing number of places to enjoy them in too. Recently The Virgin Mary teamed up with Dublin’s famous Shelbourne Hotel. The move brought a world-class alcohol-free cocktail menu to a great institution of Irish drinking. So whether you opt for a Virgin Mary or a Bloody one, in Dublin your tomato juice has never tasted better.

No street in Dublin illuminates the history of the city quite like Henrietta Street. The vast houses on this cobblestone street have run the gamut from Georgian grandeur to tenement squalor within the three hundred years of their existence. Now, Number 14 Henrietta Street has been restored as a museum, telling the story of the house’s journey from being the grand residence of a family of four in the 1720s, to a home to over one hundred people by 1911. All the big events of Irish history buffeted the residents here. The Act of Union of 1801 moved aristocracy away, and the Famine moved the poor here in droves, “Dublin’s broken union men” died

Getting lost in a new city is a good way to explore, feeling lost, however, is something entirely different. A new city is an opportunity to rewrite your life, but it can be tempting to slip into a routine of what feels comfortable and familiar; home to work and work to home, texting and scrolling the evenings away. To make a city truly your own, you need to create spaces for yourself within it; a favourite café, a bookshop, your secret hideaways, with activities where you can meet like-minded souls. On a cold winter night in Dublin, down the mews-lined Waterloo Lane in the south city centre, lies one such pocket of space,

You may not know it, but Capel Street is one of Dublin’s most historically significant streets. It was a fundamental part of an extension of the city north of the river by Sir Humphrey Jervis, who built a large chunk of his estate around St. Mary’s Abbey. In 1676 he built Essex Bridge, (now Grattan Bridge) establishing Capel Street as one of the main links between the north and south of the city. A great contrast to the Capel Street of today, in the 17th and 18th Centuries it was residential, lined with freestanding mansions, each of which had large gardens and courtyards. Later on in the 18th Century t